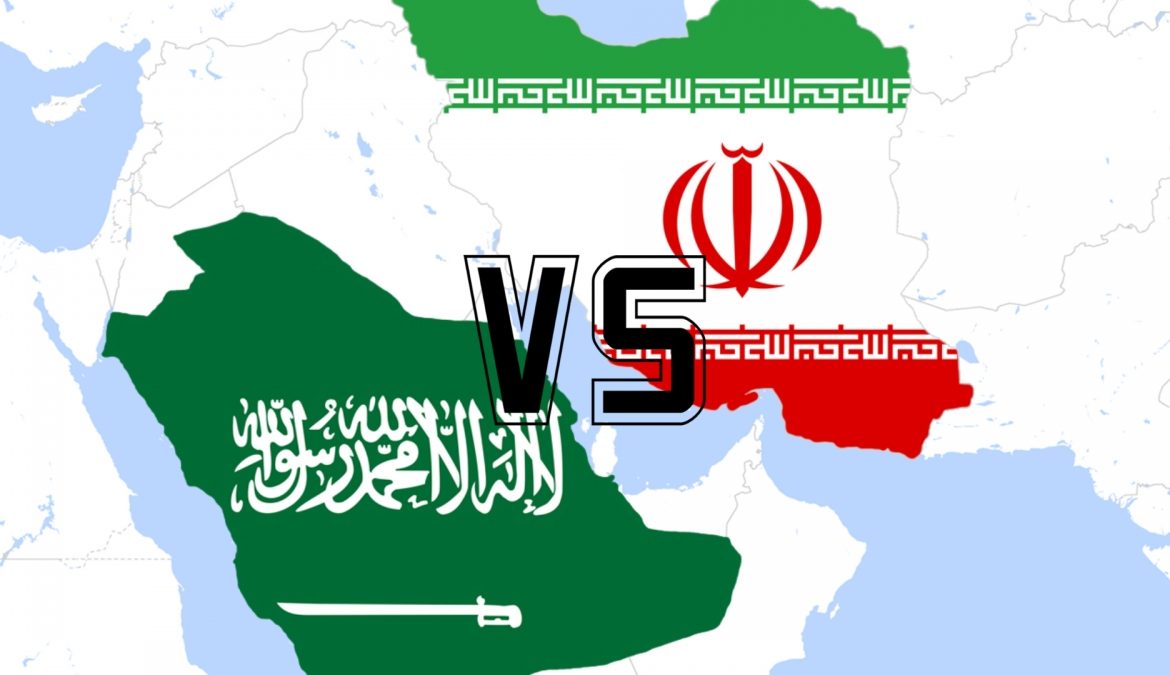 Since the planting of limpet mines on oil tankers off the coast of the UAE in May, the subsequent downing of the US surveillance drone in the Persian Gulf and the brazen attack on the Abqaiq petroleum facility and the Khurais oil field in the Eastern Province of Saudi Arabia on September 14, choreographed protests have erupted in Lebanon and Iraq since October.

Lebanese American journalist Rania Khalek has documented for The Gray Zone [1] the US-backed political forces are spearheading the “color revolution” in Lebanon, where Iran-backed resistance group Hezbollah is part of the coalition government.

Similarly, Iraq has been through the US occupation from 2003 to 2011 and is known to have US sympathizers in the Kurdish-held north and the Shi’ite-majority south of the country, where the US oil majors operate and dispense largesse among local chieftains of myriad clans and fraternities.

Unlike Lebanon and Iraq, though, Iran itself is not entirely immune to foreign-backed political demonstrations despite the fact that it does not have any imperialist collaborators on the ground, besides the fringe militant group Mujahideen-e-Khalq (MEK) funded by the US, France and Israel.

The proximate cause of the November 15 protests in Iran was steep rise in petrol prices by the Rouhani government, dubbed as “sabotage” by Supreme Leader Ali Khamenei. The worst-hit region was Khuzestan province in southwest Iran which is home to large Sunni Arab minority known to have grievances against Tehran and susceptible to infiltration by imperialist stooges.

Regarding the recent escalation in the Persian Gulf, although the Houthi rebels based in Yemen claimed the responsibility for the September 14 complex attack involving drones and cruise missiles on the Abqaiq petroleum facility and the Khurais oil field in the Eastern Province of Saudi Arabia, and they have UAV-X drones having a range of 1,500 kilometers, Washington dismissed the possibility.

Instead, the United States accused Tehran of mounting the attack from Iran’s territory, which is unlikely because Iran would never leave behind smoking gun evidence implicating Tehran, as the strategically vital Persian Gulf is monitored round the clock by American satellites and surveillance aircraft. The most likely suspects were Iran-backed militias in Iraq because the complex attack involving drones and cruise missiles was staged from the north.

Quoting Iraqi intelligence officials, David Hearst reported [2] for the Middle East Eye a day after the September 14 attack that drones and missiles were launched by the Hashed al-Shabi militia from its bases in southern Iraq.

Although Washington concocted “credible intelligence” the attack was mounted directly from southwest Iran, what lends credence to the report the attack was staged from southern Iraq is the fact that several eye witnesses reported seeing drones traversing the Kuwaiti airspace, entering from north and hitting targets south in eastern Saudi Arabia.

Moreover, in the weeks preceding the attack, Washington had accused the Hashed al-Shabi militia of mounting another attack in eastern Saudi Arabia claimed by the Houthi rebels because the oil-rich Eastern Province of Saudi Arabia is nearer the Iraq border than it is to the Houthi stronghold in Saada, Yemen.

Furthermore, in the weeks before the attack, the Iran-backed militias blamed [3] the US and Israel in August for mounting airstrikes on their bases in Iraq targeting the missile storage facilities. The missiles were recently provided to the militias by Iran. It’s worth noting that 5,000 American troops and numerous aircraft are still deployed in Iraq, therefore the likely culprit targeting the Iran-backed militias in Iraq was the United States, not Israel.

Taking cover of the Israeli airstrikes, Washington has conducted several airstrikes of its own on targets in Syria and Iraq and blamed them on Israel, which frequently mounts air and missile strikes against Iranian operatives and Hezbollah militia in Syria and Lebanon, though Israel has never conducted an airstrike in Iraq because for that Israeli aircraft would have to violate Jordanian airspace.

Besides the airstrikes on the missile storage facilities of Iran-backed militias in Iraq, it is suspected that the US air force was also behind a recent airstrike at the newly built Imam Ali military base in eastern Syria at al-Bukamal-Qaim border crossing alleged to be hosting the Iranian Quds Force operatives.

In addition to planting limpet mines on the UAE’s oil tankers and shooting down the American Global Hawk surveillance drone, the September 14 attack on the Abqaiq petroleum facility and the Khurais oil field was the third major attack in the Persian Gulf against the interests of Washington and its regional clients.

That the UAE had forewarning about imminent attacks is proved by the fact that weeks before the attacks, it recalled forces from Yemen battling the Houthi rebels and redeployed them to man the UAE’s territorial borders.

Nevertheless, a puerile prank like planting limpet mines on oil tankers can be overlooked but major provocations like downing a $200-million surveillance aircraft and mounting a drone and missile attack on the Abqaiq petroleum facility that crippled its oil-processing functions for weeks can have serious repercussions.

The September 14 attack on the Abqaiq petroleum facility in eastern Saudi Arabia was an apocalypse for the global oil industry because it processes five million barrels crude oil per day, more than half of Saudi Arabia’s total oil production.

The subversive attack sent jitters across the global markets and the oil price surged 20%, the biggest spike witnessed in three decades since the First Gulf War when Saddam Hussein invaded Kuwait in 1990, though the oil price was eased within days after industrialized nations released their strategic oil reserves.

Not surprisingly, 35,000 American troops have currently been deployed in the military bases and aircraft carriers in the oil-rich Persian Gulf in accordance with the Carter Doctrine of 1980, which states: “Let our position be absolutely clear: an attempt by any outside force to gain control of the Persian Gulf region will be regarded as an assault on the vital interests of the United States of America, and such an assault will be repelled by any means necessary, including military force.”

It bears mentioning that alongside deploying several thousand American troops, additional aircraft squadrons and Patriot missile batteries in Saudi Arabia in the aftermath of the Abqaiq attack, several interventionist hawks in Washington invoked the Carter Doctrine as a ground for mounting retaliatory strikes against Iran.

The only saving grace of Iran is its military strength, geostrategic location in the Persian Gulf and the rhetoric of resistance against American imperialism appealing to the grassroots sentiments of the Middle East’s masses, who stand firmly united behind the revolutionary government, nevertheless Tehran has prudently avoided further escalating the conflict with Washington’s client regimes in the region following the choreographed demonstrations in Lebanon and Iraq since October.