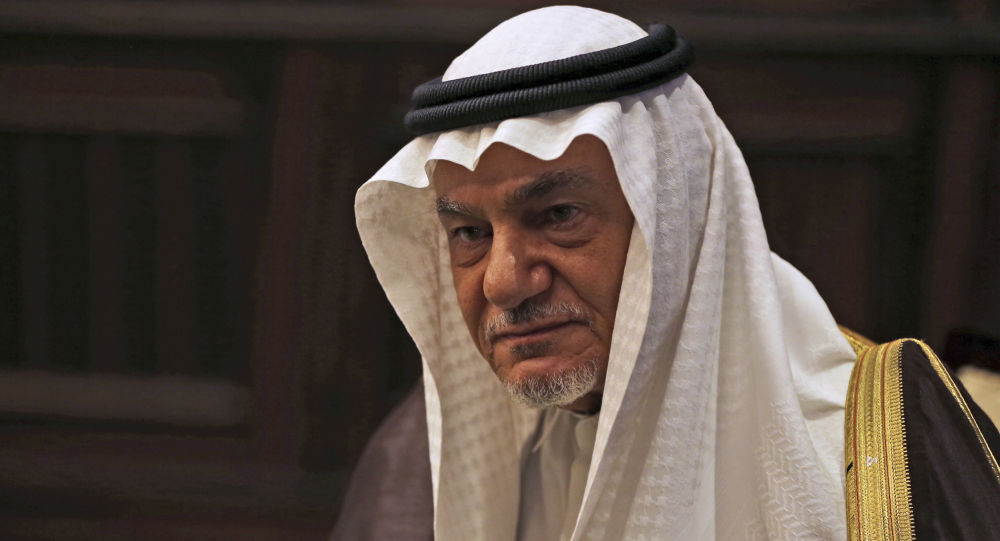 Hostilities between the United States and its Arab allies, on one side, and Iran, on the other side, shaped this year’s political landscape in the Middle East and brought the region to the brink of an armed conflict.

Prince Turki Al-Faisal, the former head of Saudi Arabia’s intelligence agency, has warned that the possibility of a military conflict in the Middle East persists, even though the escalation of tensions stopped in the past two months.

Prince Turki spoke to reporters on Friday as he visited London to promote an exhibition about his father, the late King Faisal.

“We have seen no signs from Iran that they are pulling back on their very negative and provocative military posturing – not just towards Saudi Arabia – but towards the rest of the countries in the area,” he told Sky News.

“Nobody wants war, that’s for sure, because nobody will be a winner in a military conflict. The destruction will be universal.”

Prince Turki, 74, is currently chairing the King Faisal Centre for Research and Islamic Studies. He was the director of al-Mukhabarat al-A’amah, Saudi Arabia’s intelligence agency, from 1977 to 2001, before serving as ambassador to the UK in 2003-2005 and to the US in 2005-2007.

Saudi Arabia, which has aligned itself more closely with the United States since Donald Trump took office, saw tensions increase dramatically in the Persian Gulf this year because of Iran’s reluctance to cave in to America’s “maximum pressure” campaign.

Donald Trump last year quit the Obama-era nuclear deal and imposed a set of stringent sanctions on the oil sector-dependent Islamic Republic in a bid to pressure it into a new agreement. His rationale is that the previous pact had failed to prevent Iran from developing nuclear weapons and supporting terrorism – allegations Tehran denies.

The situation became more combustible over the summer following attacks on oil tankers in the Gulf, seizures of vessels by Britain and Iran, the destruction of a US spy drone over Iran and attacks on Saudi oil facilities.

The shoot-down of the drone nearly caused the United States to launch a strike against Iran in response, while the drone attacks on Saudi Aramco’s oil refineries in September briefly knocked out 5 percent of global oil output. Yemen’s Houthi militia claimed responsibility for the Aramco drone strikes, but Saudi Arabia and the United States accused Iran of orchestrating them. Tehran rejects the allegations.

As Iran continues to roll back its commitments under the 2015 nuclear deal, the pressure is likely to continue and put more strain on its relations with the United States and its allies.