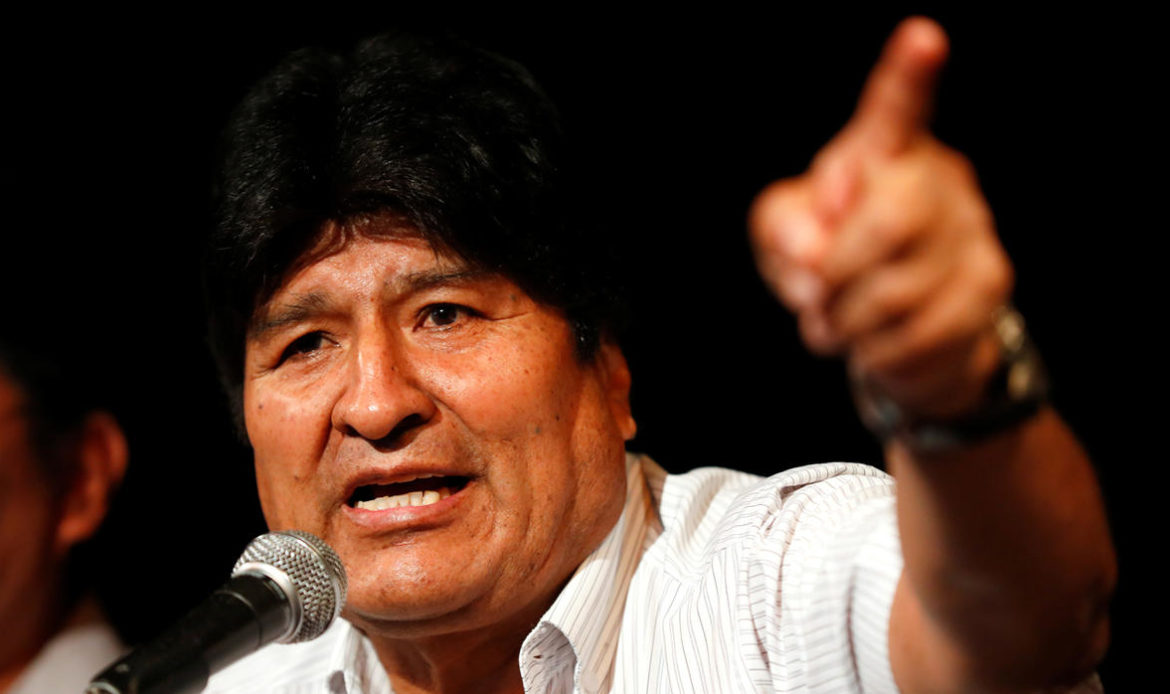 Morales: US Embassies Behind Coups Around World

Bolivia’s toppled President Evo Morales warned against regime change plots orchestrated and led at the US diplomatic missions against national governments across the world, just weeks after he won re-election but was forced to resign following a pseudo-coup by the US-backed opposition and armed forces.Can You Afford These Delicacies?InspiredotAd by RevcontentFind Out More >

“When I became president in 2006 and 2007, a brother, a victim of the military dictatorship, now exiled, told me, ‘President Evo! watch out, for the united states embassy’,” Morales told The Intercept host Glenn Greenwald in an exclusive interview.

Bolivia expelled US Ambassador Philip Goldberg in September 2008, accusing him of fomenting the civil unrest that threatens not only Morales, but the unity of the nation itself. Morales noted that Bolivia expelled Goldberg as “he was conspiring, he was planning coups”, revealing that his country defeated several coups during the 13-years of his presidency.

Speaking from Mexico after he fled Bolivia in mid-November, Morales had accused the US-headquartered Organization of American States of making a political decision in backing the right-wing opposition, saying the coup continues to wreak havoc after his exile.

Bolivia “seek diplomatic relations of mutual respect with everybody”, the ex-president told Intercept, disclosing that Washington had asked the Central South America country to sever ties with Caracas, Havana and Tehran in a show of subordination to the US policies.

“The ex-ambassador of the United States came to visit me and told me, ‘You can have relations with any nation except Cuba, Venezuela and Iran’,” Morales told Greenwald.

Morales said he had turned back on Washington, and told the then-US ambassador, Bolivia was a “sovereign nation” and “we are going to decide who we have diplomatic relations with”.

“We are not a colony of the United States,” Morales stressed.

The former president of Bolivia stated that there is no difference between presidents of the United States, as during his time as the head of state, Morales served with three US presidents, George W. Bush, Barack Obama and Donald Trump.

“I doubt that there were any differences. Maybe in their method, but in the end, there’s no difference,” Morales said when asked about significant differences between the three Democrat and Republican US presidents in terms of their foreign policy.

Morales was re-elected to the presidency in October, in an election result that opposition leaders defied to accept. Though he offered to hold fresh elections, protests continued and Morales stepped down in November following a police and military mutiny.

Venezuela, Cuba, Mexico and Nicaragua have described the events in Bolivia as a coup. Russia has similarly stated that the opposition’s steps resembled an “orchestrated coup”. Iran denounced the US meddling in the internal affairs of Bolivia, lashing out at Washington for acting in a coup d’état-style action against Morales.