Home Politics Chain , Russia and Iran’s navies hold Joint Drills In The Persian Gulf For The First Time Ever 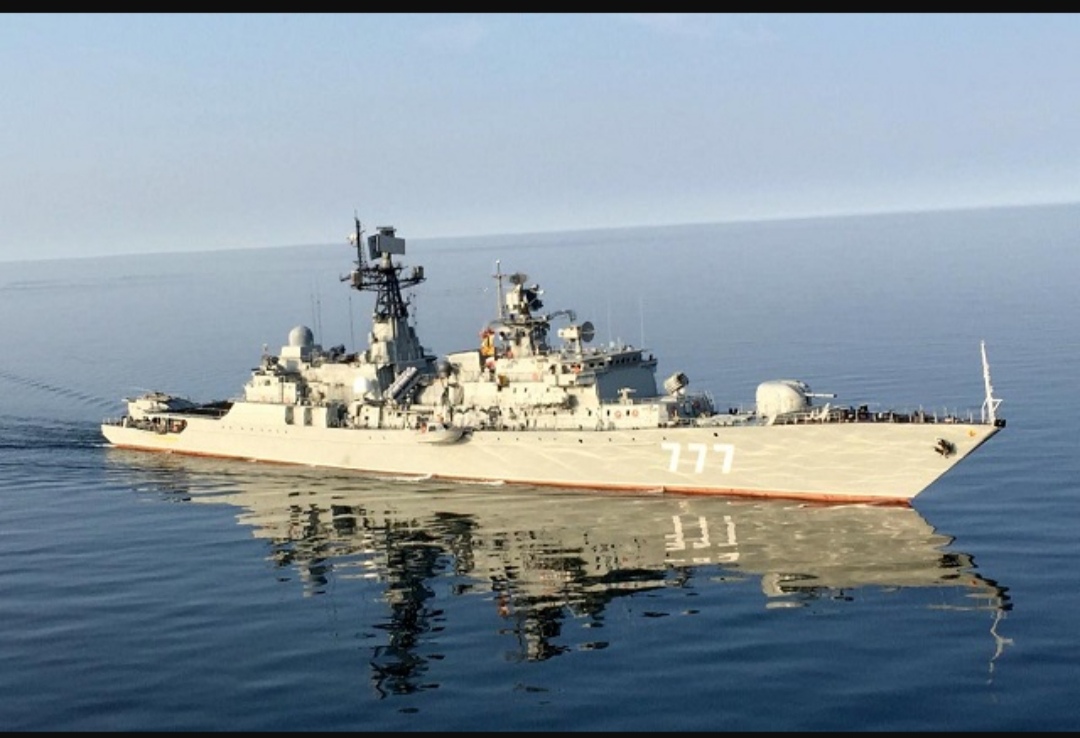 China, Iran and Russia kicked off four days of joint naval drills starting on Friday in the Gulf of Oman and the Indian Ocean.

The exercise is aimed at “deepening exchanges and cooperation among the navies of the three countries, and demonstrating the goodwill and capability of the three sides to jointly safeguard world peace and maritime security,” a statement by the Chinese Defense Ministry said.

A detachment of Baltic Fleet ships consisting of the Yaroslav Mudry Neustrashimyy-class frigate , the Yelnya tanker, and the Viktor Konetskiy sea tugboat stopped at the Iranian port of Chahbekhar to participate in Russian-Iranian-Chinese maneuvers. This was reported by the representative of the Baltic Fleet, captain of the first rank Roman Martov.

“A detachment of warships of the Baltic Fleet anchored in the inner raid of the port of Chahbehar of the Islamic Republic of Iran. Ships and ships of the detachment arrived in Iran to participate in Russian-Iranian-Chinese maneuvers. Today, an official delegation of the Russian Navy will take part in a planning conference to be held on the shore,” said Martov.

Earlier, an official representative of the Chinese Ministry of Defense said that the exercises on December 27-30 in the Gulf of Oman have no connection with the tense situation in the region

“The message of this exercise is peace, friendship and lasting security through cooperation and unity… and its result will be to show that Iran cannot be isolated,” Iranian flotilla admiral Gholamreza Tahani said on state television.

The sailors of the three countries will work out elements of joint maneuvering, organization of communications and assistance to the ship in distress, and will also conduct training on the search and release of the ship captured by the “pirates”.

Arrangements for the exercise were reached in July 2019 during the Main Naval Parade in St. Petersburg.

The United States will follow the military exercise of Russia, China and Iran in the Persian Gulf closely and are ready to ensure freedom of navigation in the region.

“We know about the multilateral exercises held between Iran, China and Russia in the Arabian Sea. We are following this and will continue to work with our partners and allies to ensure freedom of navigation and the movement of goods along international waterways,” said Pentagon spokesman Sean Robertson.