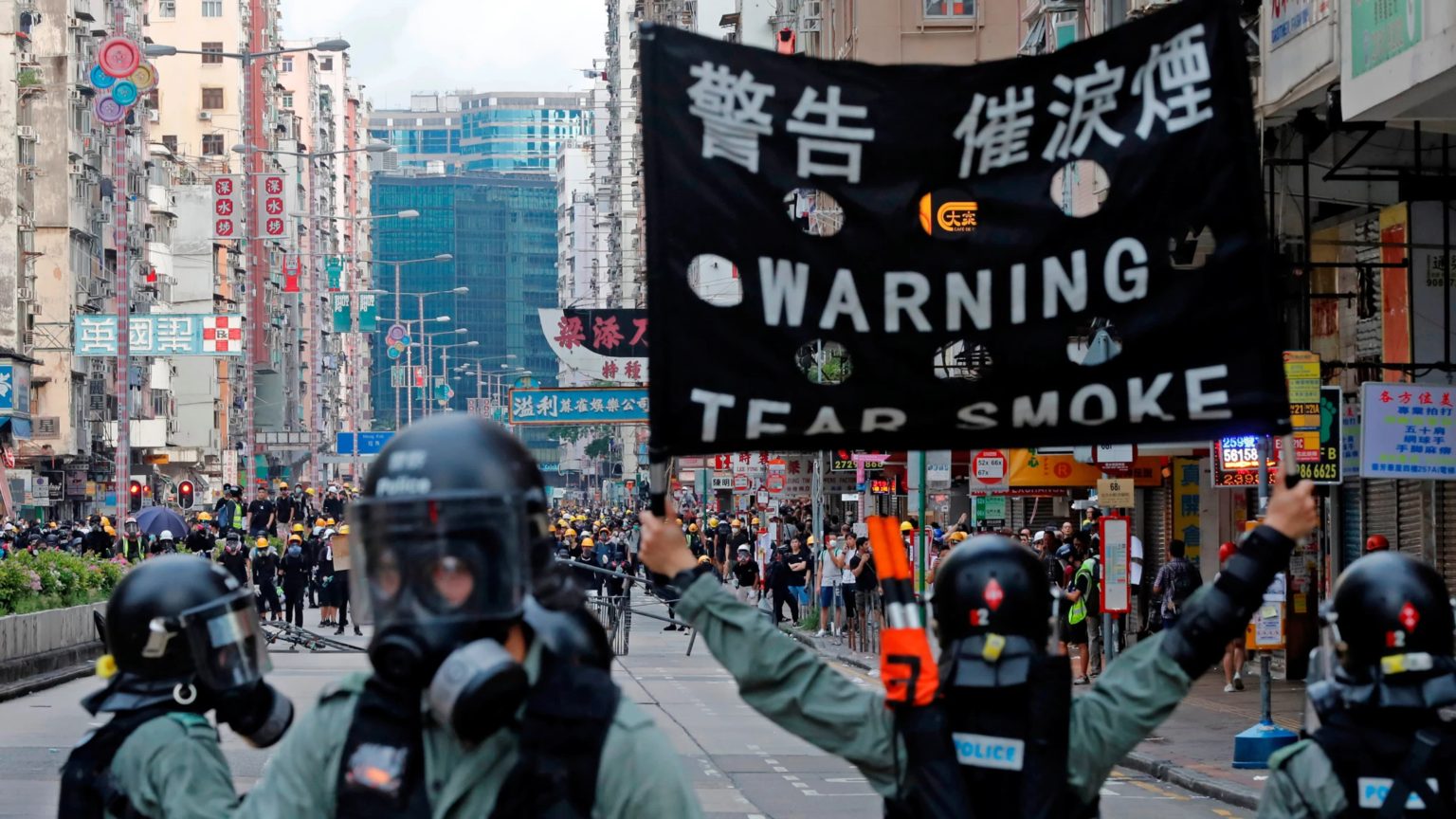 A concerted effort by radical anti-government demonstrators to disrupt Hong Kongers’ access to shops over the holiday season has resulted in a significant drop in seasonal revenue, as well as arrests by the dozens.

Thursday marked the end of Hong Kong’s three-day Christmas break and the third day of protests carried out by masked, black-clad protesters.

According to the outlet, Hong Kong police arrested at least 165 individuals on Christmas Eve alone, and an approximate total of 300 demonstrators were arrested between December 24 and December 26.

Hong Kong-based outlet Asia Times reported demonstrators smashed stores that were perceived to be pro-Beijing or were owned by individuals with ties to mainland China.

From possession of offensive weapons to assaults on police officers, a number of other crimes were committed at and around major malls such as Yoho Mall II in Yuen Long and Tsim Sha Tsui’s Harbour City shopping center. Around six malls were forced to shutter their doors on Boxing Day and missed out on their usual post-Christmas sales. According to the Asia Times, even those that remained open observed an estimated 30% drop in revenue compared to previous years.

The Hong Kong Police Force has issued several social media posts over the past week to combat Western media reports and, in one Facebook post, urged members of the public “not to blindly follow fake news, and not to share contents when they find the credibility of the media doubtful.”

Authorities also issued an alert on Christmas warning of possible firearms amongst the community.

“If members of the public come across any pistol or rifle like objects or suspicious articles, please leave immediately and make a report to the Police when situation allows,” the December 25 post read.

Radical protesters made it known via anti-government forums and messenger sites that demonstrations would be occurring at several malls around the semi-autonomous city during the holidays. As a result, officers were able to take necessary precautions at particular shopping areas and stationed plainclothes officers amongst shoppers.

With Christmas now in the past, demonstrators are expected to continue disrupting the general public in the days surrounding Hong Kong’s New Year’s Eve celebration – which has already been revamped from its usual happenings.