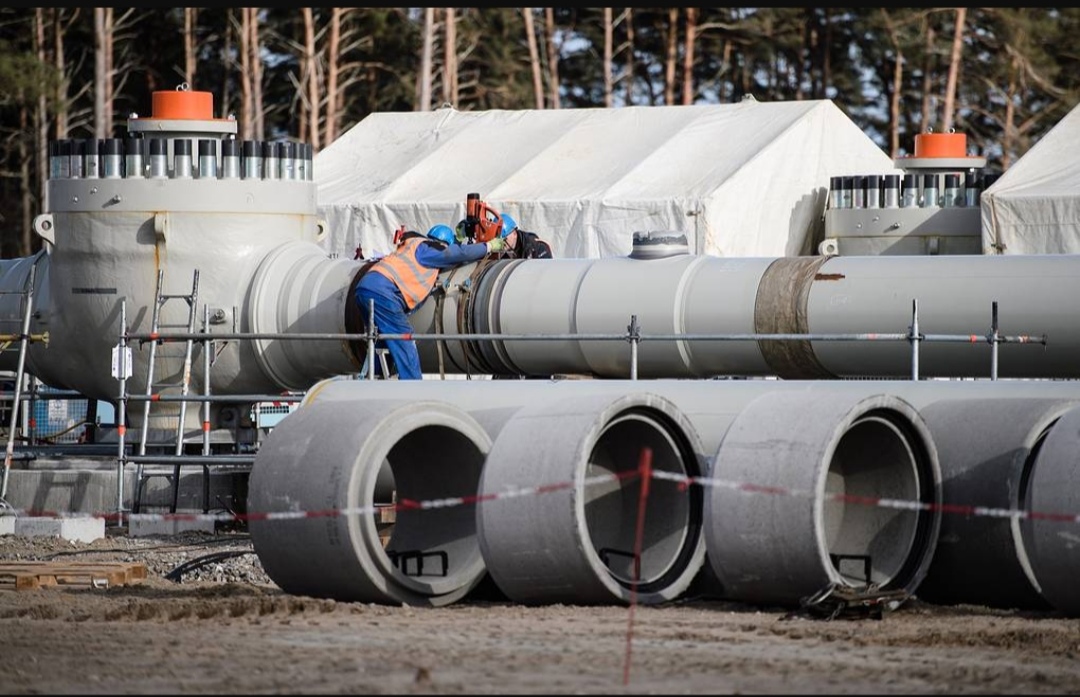 On December 27, Russia’s Gazprom said that it has paid Ukraine $2.9 billion under the decision of the Stockholm court, as a part of wider gas agreements deal reached by the sides earlier in the month.

On December 20, Russia and Ukraine announced the terms of new gas transit agreements, under which Russia will supply Europe for another 5 years via Ukraine and pay a $2.9 billion settlement to Kiev to end a legal dispute.

In exchange, Ukraine is set to drop another legal claim. Moscow and Kiev are set to formalize the agreements and sign the final deal in December 2019-January 2020.

Representatives of Russia and Ukraine signed a protocol on gas transit and claims settlement following the results of gas negotiations in Minsk on December 20.

According to Alexey Miller, the chairman of Gazprom’s Management Committee, Russia’s Gazprom and Ukraine’s Naftogaz may sign a contract on transit of Russian gas through Ukraine for 5 years, the volume of gas transit in 2020 will amount to 65 bln cubic meters, and in 2021-2024 – 40 bln cubic meters annually.

Miller said that the agreement would envisage “a waiver of any new claims, withdrawal of arbitration and legal claims that did not result in final decisions and a payment in line with the verdict of the Stockholm court.”

The gas agreements include an increase in the transit tariff, the payment of almost $3 billion ($2.9 billion) to Ukraine by the decision of the Stockholm arbitration until the end of 2019. It should be noted that the Ukrainian dept for Russian gas supplies is now about $3 billion. Nonetheless, the Kiev leadership rejects any set-off proposals and demands a direct payment of $3 billion from Russia. At the same time, the Ukrainian side does not even consider a possibility of  returning its $3 billion dept to Russia anytime in the near future. So, the agreements are not equitable.

Ukraine’s fiscal revenues in 2019 are expected be reach $36.97 billion. Therefore, the $3 billion payment from Russia is equal to approximately 8% of Ukraine’s annual fiscal revenue.

According to Ukrainian sources, Ukraine receives approximately up to $3 billion per year as gas transit fees from Russia. In 2019, Russia transited about 87 bln cubic meters through Ukraine. Ahead of the gas agreements between Moscow and Kiev, Russian President Vladimir Putin announced that Russia is to continue selling gas to Ukraine with a 25% discount. In own turn, Ukraine sells gas to its businesses and population at market-bases rates under demands of the IMF. This situation would allow the Ukrainian government to get up to $1.5 billion of revenue.

The money received by the Kiev regime will be used to pay loans to the IMF and EU instituations and increase military expenditures to combat the so-called “Russian agression”. Ukraine’s 2020 national budget includes more than UAH 245 billion (about $9.9 billion) for security and defense. In the 2019 budget, the spending on security and defense was about UAH 185 billion (about $8 billion). This is the increase of 23%.

Furthermore, the Ukrainain Prime Minister revealed that the years of 2019-2021 will be the peak period of paying external obligations to Western creditors – the IMF and EU institutions. The total spending planned in Ukraine’s 2020 national budget is UAH 1195.3 billion ($48 billion). The main expenditure item is the public debt managment: UAH 141 billion ($5.7 billion).

Meanwhile, the US sanctions against the Nord Stream 2 and TurkStream gas pipelines came into force. The announcement was made the US Treasury on December 20.

“According to the department, in order to comply with the US sanctions regime, parties that intentionally sold, leased or provided vessels participating in the laying of pipes at a depth of 100 feet and more as part of the construction of the Nord Stream – 2 and TurkStream gas pipelines, should ensure that these vessels immediately cease construction activities.

At the same time, justified exceptions are possible to ensure safety of the pipeline itself, crews of ships and other people, as well as to preventing environmental damage or other significant damage,” TASS reported.

Following the announcement by the US Treasury, Switzerland-based Allseas pipe-laying company reported suspension of pipelay activities in the framework of the Nord Stream 2 project. At the same  time, Nord Stream 2 AG announced that the companies participating in the construction of the Nord Stream-2 gas pipeline will work to complete the project as soon as possible.

Despite this, the US sanction pressure cannot be the adequate reason for the Russian decision to reach such gas agreements with Ukraine. The 1-year agreement on the gas transit could be explained as a measure needed to secure own interests if Ukraine and the West violate the reached agreements, or Ukraine conducts aggressive actions against Russia. However, the length of the reached deal is 5 years. An interesting fact is that this covers the period until the next presidential election in Russia. Therefore, persons leading the economic bloc of the Russian government secured the revenues of energy corporations for the period while Putin reliably occupies the post of the Russian President.

In these conditions, a likely explanation is that Russia is using Ukraine to make an indirect payment to the EU and the Euro-Atlantic bureaucracy expecting that the EU and the European bureaucracy will keep a particular stance towards questions critical for Moscow. Such questions are the situation with the Nord Stream 2, additional anti-Russian sanctions by the EU or EU states, the position of Paris and Berlin towards the Normandy Format, maybe the question of security of the financial assets of the Russian elite in Europe, and many others.

Taking into account the need of Ukraine to pay their obligations to European and international creditors, the gas agreements between Kiev and Moscow could be treated as the matter of money. This also explains why the West was pressuring Russia to make such a deal. The EU and the IMF were interested to get their funds from Ukraine. Without Russia, this would be hardly possible. By signing a gas deal with Kiev, Moscow agreed to indirectly pay Ukrainian debts to foreign creditors and sponsor the Ukrainian defense budget.

EU to lose up to €100 billion due to vaccination failures, wary investors & no sign of reopenings