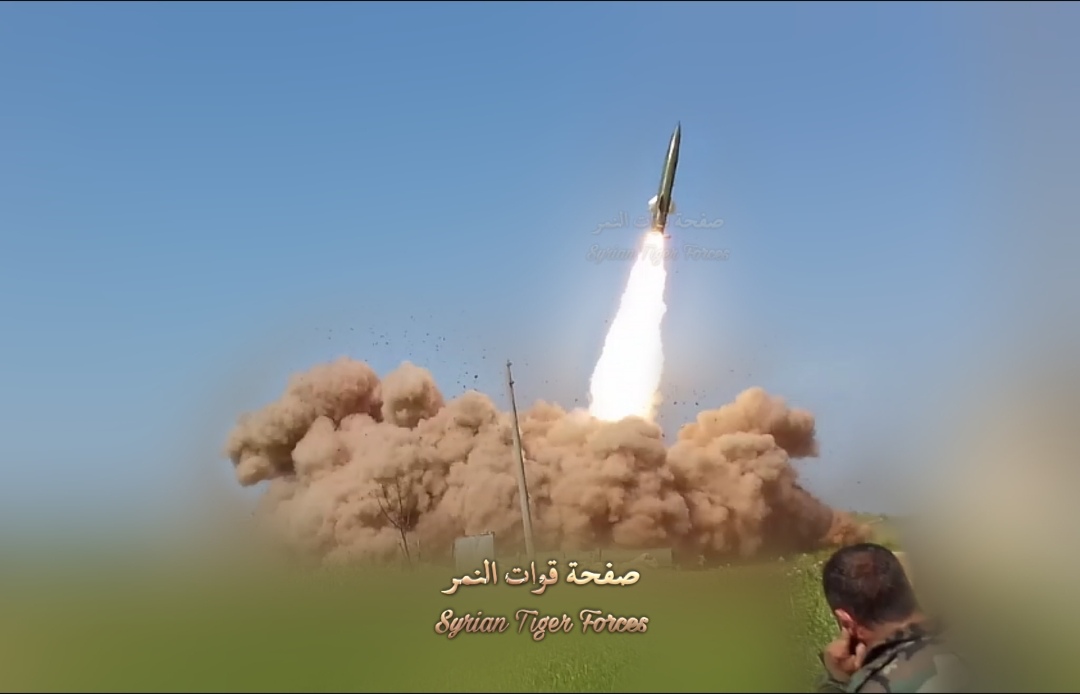 Opposition activists said that the missile landed in the outskirt of the town of Bidama, which is located in the western Idlib countryside.

According to the available information, a Soviet-made OTR-21 Tochka missile armed with a cluster warhead was likely used in the strike. The missile has a range between 70 – 185 km depending on the variant and a circular error probable (CEP) smaller than 70m.

A few minutes after the missile strike, a Facebook page affiliated with the SAA’s 25th Special Forces Division, previously known as the Tiger Forces, released a photo showing the launch of an OTR-21 missile at militants’ positions in Idlib.

A day earlier, the SAA launched an OTR-21 missile at militants’ positions near the town of Sarmin in southeastern Idlib. Activists claimed that at least 9 civilians were killed in the strike.

The army’s new missile strike on Bidama didn’t result in any civilian casualties, according to local sources. The strike was likely a response to the militants’ recent attack in southeast Idlib.