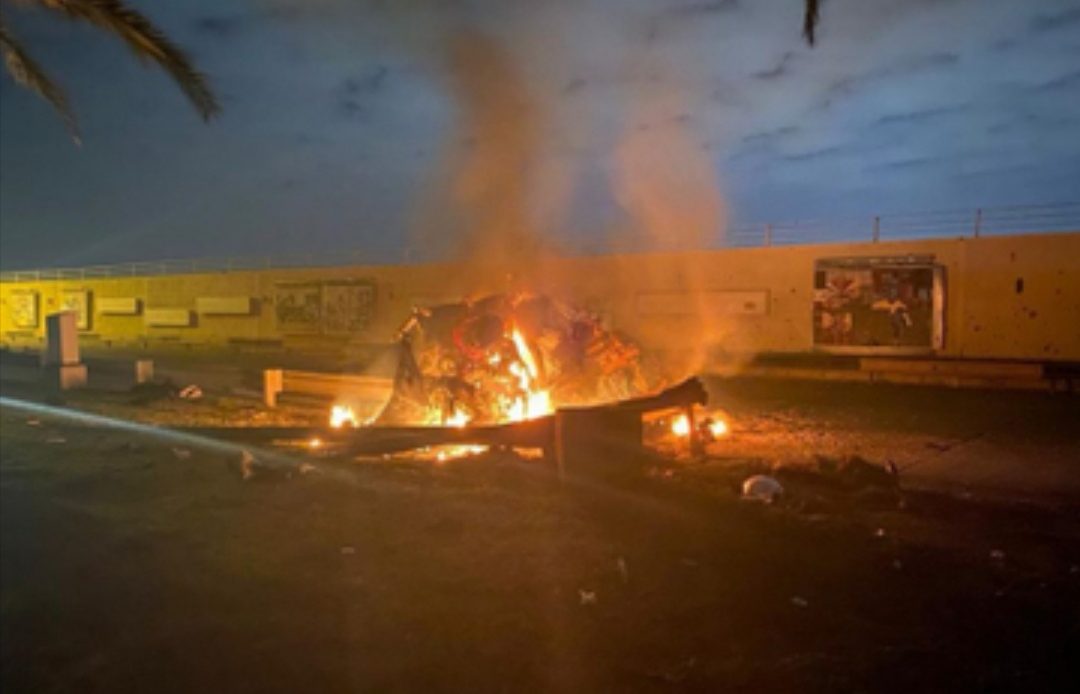 Three rockets landed on the edge of Baghdad International Airport in the Iraqi capital early Friday morning, causing explosions, according to local reporters. At least 12 Iraqi servicemen were injured and 8 people killed, as well as several leaders of the Iraqi Popular Mobilization Forces, including head of protocol affairs Mohammed Rida al-Jabri.

The attack reportedly targeted several SUVs belonging to a leadership committee of the Popular Mobilization Forces, the collection of semi-independent militias tied to the Iraqi government that were formed to fight Daesh in 2014.

A Sky News reporter tweeted in Arabic about the potential deaths of PMF leader Abu Mahdi Al-Muhandis and Muhammad al-Kawtharani, a leader in Lebanon’s Hezbollah, but these have not yet been confirmed.

At least eight people are reported dead in the attack, according to Agence France-Presse, citing Iraqi security officials.

​The rocket attack comes just days after thousands of Iraqi protesters attempted to storm and set alight the US Embassy in Baghdad, prompting Washington to send 100 US Marines and several Apache attack helicopters to the Iraqi capital from neighboring Kuwait.

Local observers reported that US helicopters were once again in the air following news of the rocket attacks at the airport, which has since been temporarily closed.

Citing a security unit, Reuters reported that the rockets were fired from a Katyusha mobile rocket launcher, which date to the Second World War.

Baghdad International Airport was once home to a cluster of US military facilities, including an airfield, collectively called “Victory Base” during the US counterinsurgency war, and it retains the New Al-Muthana air base enclave on the airport’s western side, near where the attack occurred.