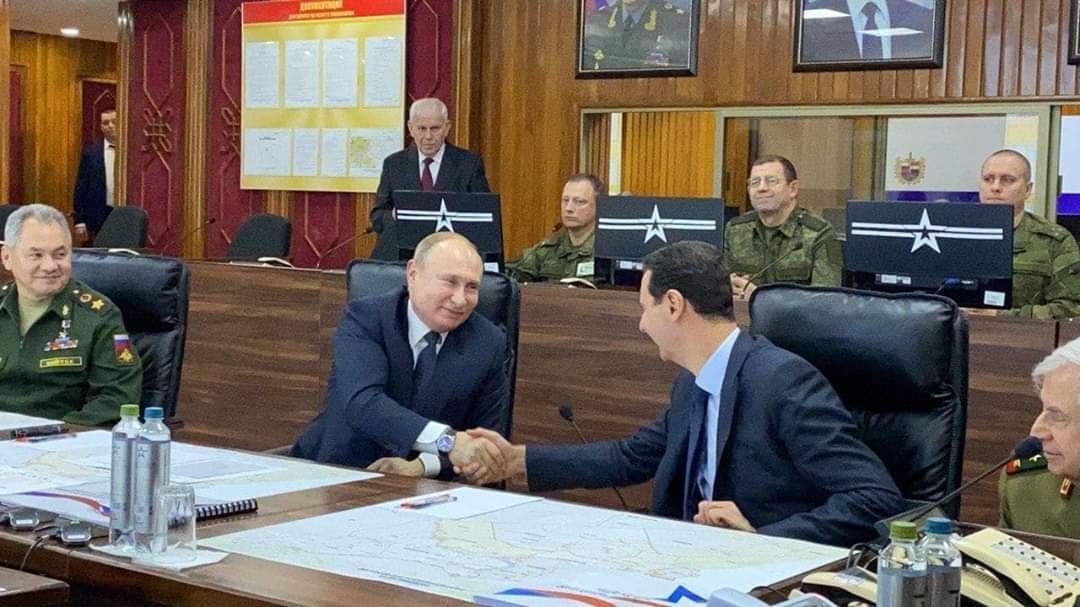 Russian President Vladimir Putin flew to Damascus on Tuesday to visit Russian troops stationed in Syria and meet with the country’s leader, a presidential spokesman said.

Syria’s Bashar al-Assad joined the Russian president at the command centre where they were briefed on the military situation across Syria and later held bilateral talks.

“During the talks with Assad, Putin said that obviously a lot of progress had been made toward restoring Syria’s sovereignty and territorial integrity,” Peskov said.

The Syrian president thanked Putin for the visit and praised Russia’s help in fighting terrorism and restoring peaceful life in Syria.

Mr Putin’s visit to Syria comes at a time when tensions in the Middle East are rising as Iran and the US have been exchanging threats following the death of Iran’s Major General Soleimani in a US drone strike in Baghdad on 3 January.