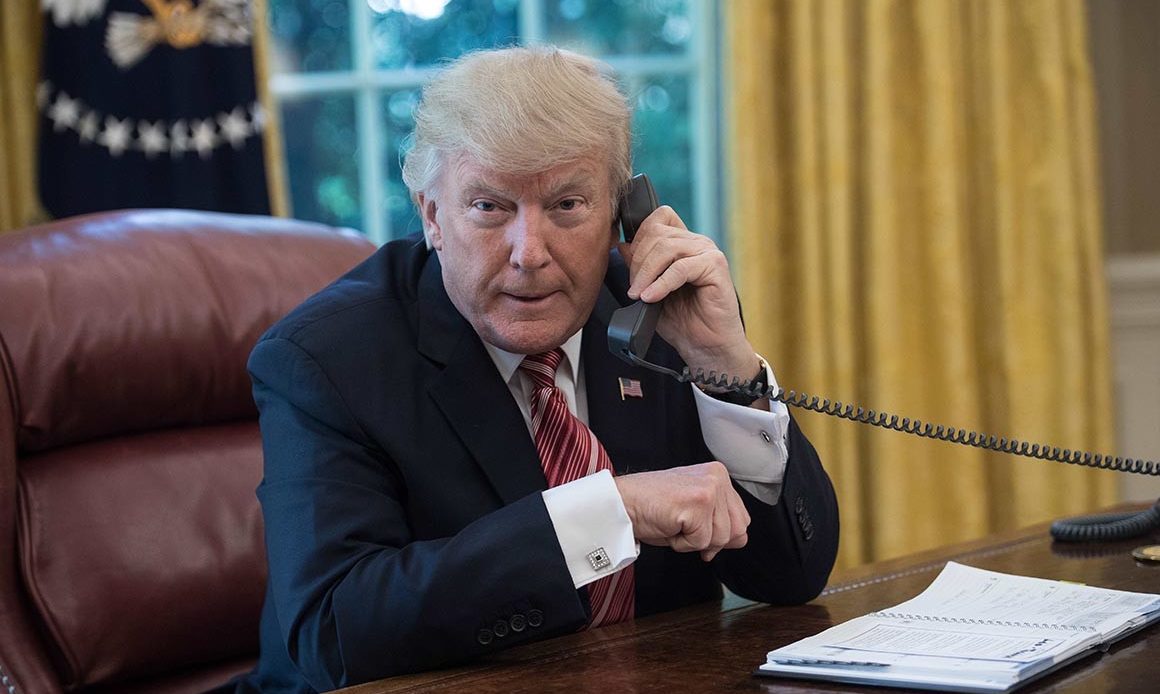 Trump: US Ready for Iran Retaliation, Wants to Obey Law When it Comes to Striking Cultural Sites

The tensions between Washington and Tehran have escalated after Iran’s top military commander was killed in a targeted US drone attack at the Baghdadi International airport on 3 January. In response to the Iranian threats of retaliation, Trump suggested striking 52 Iranian cultural sites if attacks against US assets were to take place.

US President Donald Trump said on Tuesday the US is prepared for any retaliation on the side of Iran and that Washington is ready to retaliate in return.

He added that he wants to obey international law when it comes to striking cultural sites.

“If that’s what the law is, I like to obey the law. But think of it. They kill our people. They blow up our people and then we have to be very gentle with their cultural institutions. But I’m OK with it. It’s OK with me”, Trump told reporters at the White House.

President Trump also said that the US had long been following Gen. Soleimani, killed in the US drone strike on 3 January. According to Trump, the commander was travelling with Hezbollah and by eliminating him Washington saved a lot of lives.

“I knew the past. His past was horrible … we saved a lot of lives by terminating his life. A lot of lives saved … they were planning something”, Trump said.

The US president’s remarks came just days after he tweeted about the possible targeting of 52 cultural sites in Iran – a number that symbolises 52 Americans held hostage in the US Embassy in Tehran back in 1979.

Speaking on the possible withdrawal of the US troops from Iraq, President Trump said the US would like to withdraw its forces from Iraq, but now is not the right time for a pullout that would be the “worst thing” to happen to the host country.

“At some point, we want to get out but this isn’t the right point”, Trump said during the White House meeting with Greek Prime Minister Kyriakos Mitsotakis. “I think it’s the worst thing that can happen to Iraq. If we leave that would mean that Iran would have a much bigger foothold and the people of Iraq don’t want to see Iran running the country”.

Earlier, Trump said that in case of withdrawal he would want Iraq to compensate “a tremendous amount” of money that the US spent there.

“We want to be reimbursed for various costs that we have had and they are very significant. But we will work something out”, the president said.

On Sunday, the Iraqi parliament voted to bar the US military presence in the country. Following the motion, a letter from US Brig. Gen. William Seely, who commands Task Force Iraq, notifying Iraq’s joint operations command that the coalition was preparing to reposition forces in the near future was released.

Later, however, Joint Chiefs of Staff Chairman Gen. Mark Milley said that it was a mistake and the letter was just a “poorly worded” draft. US Defence Secretary Mark Esper also denied reports on the US withdrawal from Iraq.

“There’s been no decision whatsoever to leave Iraq”, Esper told reporters at the Pentagon.

Esper also said on Tuesday that Soleimani had been planning to attack American facilities hosting US diplomats and troops and that the plot was just days away from happening.

He went on to say that the US should expect Iran to retaliate “in some way, shape or form”, adding that the United States is not seeking war with Iran but is prepared to respond appropriately to any potential attack from Iran or its proxy forces.

“We’re prepared for any contingency. And then we will respond appropriately to whatever they do”, Esper told reporters at the Pentagon.

The US believes that Soleimani was behind the rocket strike on an Iraqi base near Kirkuk on 27 December that killed an American contractor and left several military personnel injured.

Soleimani had been the long-time Quds Force commander and was widely credited with combating the most dangerous terrorist groups in the region, including Daesh*.