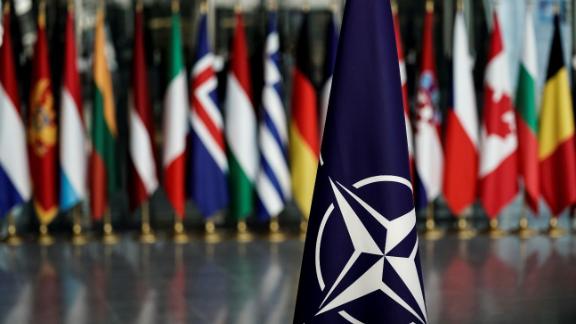 France, Germany, UK Committed to JCPOA, Call on Iran to Return to Compliance

French President Emmanuel Macron, German Chancellor Angela Merkel and UK Prime Minister Boris Johnson said in a joint statement on Sunday that they remained committed to the Joint Comprehensive Plan of Action (JCPOA) and urged Tehran to cancel all measures that go against the Iran nuclear deal.

“We stay committed to JCPOA and its preservation; we call on Iran to cancel all measures incompatible with the agreement,” the statement, released by the Elysee Palace’s press office, read.

Paris, Berlin and London also urged Tehran to refrain from further proliferation and reaffirmed their readiness to continue dialogue with Iran in order to maintain stability in the region.

“Together, we unequivocally expressed our regret and concern after the United States’ decision to withdraw from the JCPOA and reintroduce sanctions against Iran,” the statement said.

The three European leaders added that Iran should return to full compliance with its obligations under the agreement.

“We must also determine a long-term framework for Iran’s nuclear program,” the statement read.

Macron, Merkel and Johnson noted that recent events in the Middle East have revealed Iran’s destabilizing role in the region.

“We are always committed to the security of our allies and partners in the region. We must respond – diplomatically and substantively – to general concerns about Iran’s destabilizing regional activities, including those related to its missile programs,” the joint statement said.

The JCPOA was signed in 2015 by Iran, China, France, Germany, Russia, the United Kingdom, the United States, Germany, and the European Union. It required Iran to scale back its nuclear program and severely downgrade its uranium reserves in exchange for sanctions relief. In 2018, the United States abandoned its conciliatory policy on Iran, withdrawing from the JCPOA and hitting Iranian petroleum industries with sanctions.

On May 8, the first anniversary of the United States’ unilateral withdrawal from the agreement, Iran announced a gradual reduction of its JCPOA obligations.

On Sunday, in the aftermath of the US drone attack that killed Quds Force commander Qasem Soleimani, Iran announced that it was discontinuing its remaining JCPOA obligations. Iranian Ambassador to the UN Majid Takht Ravanchi said on Tuesday that despite the JCPOA rollback, Tehran is not interested in possessing nuclear weapons.