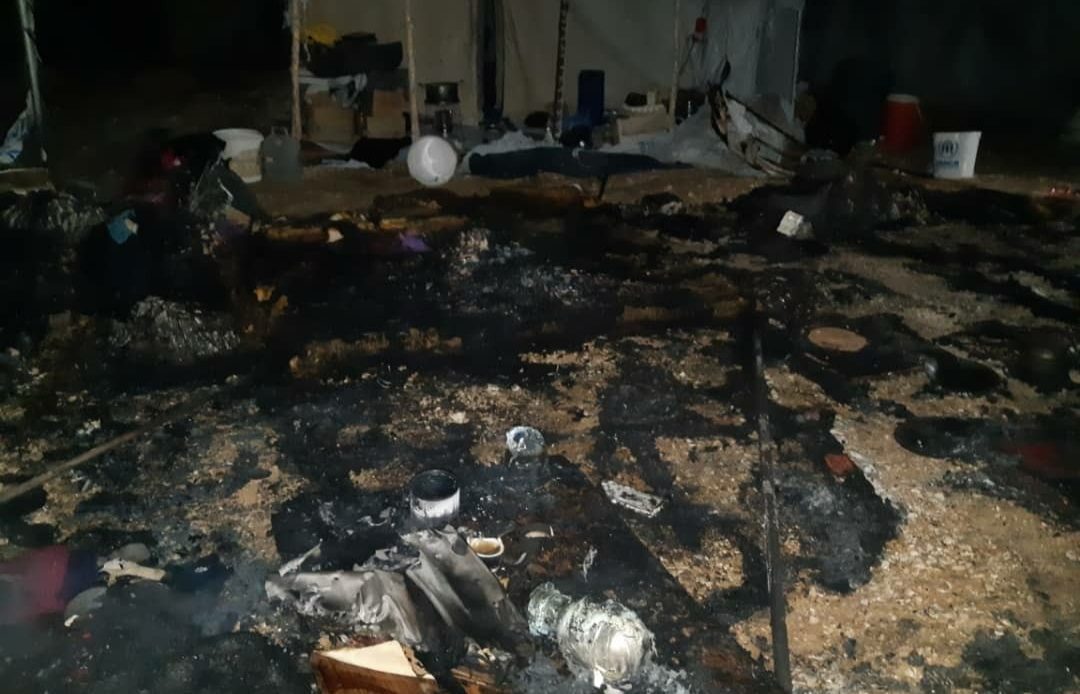 A woman and her two children were severely burned on January 15 when ISIS wives set fire to several tents in the al-Hawl Camp in northeast Syria. The camp hosts thousands of families of the terrorist group’s fighters.

The Hawar News Agency (ANHA) revealed that the victim is a Turkish national. According to the agency, the attack was caused by a struggle within the camp between ISIS wives who maintained the group’s radical ideology, and others who are reforming their views.

“The fire occurred at approximately 23:00 in the section of ISIS mercenaries’ families within the camp … Some women sprayed the edges of the tents with fuel, then burning them,” a security source told the ANHA.

The al-Hawl camp, which is controlled by the U.S.-backed Syrian Democratic Forces (SDF), is hosting more than 68,000, including 40,000 family members of ISIS fighters many of whom are foreigners.

A day earlier, Kurdish sources reported that the dead body of an unidentified woman was found in a section devoted to foreign ISIS wives in the camp.

These crimes are committed by radical ISIS wives, who are taking the role of the terrorist group’s “Hosbah” religious police inside the camp. These women have committed dozens of crimes, some of which against the camp’s guards, so far