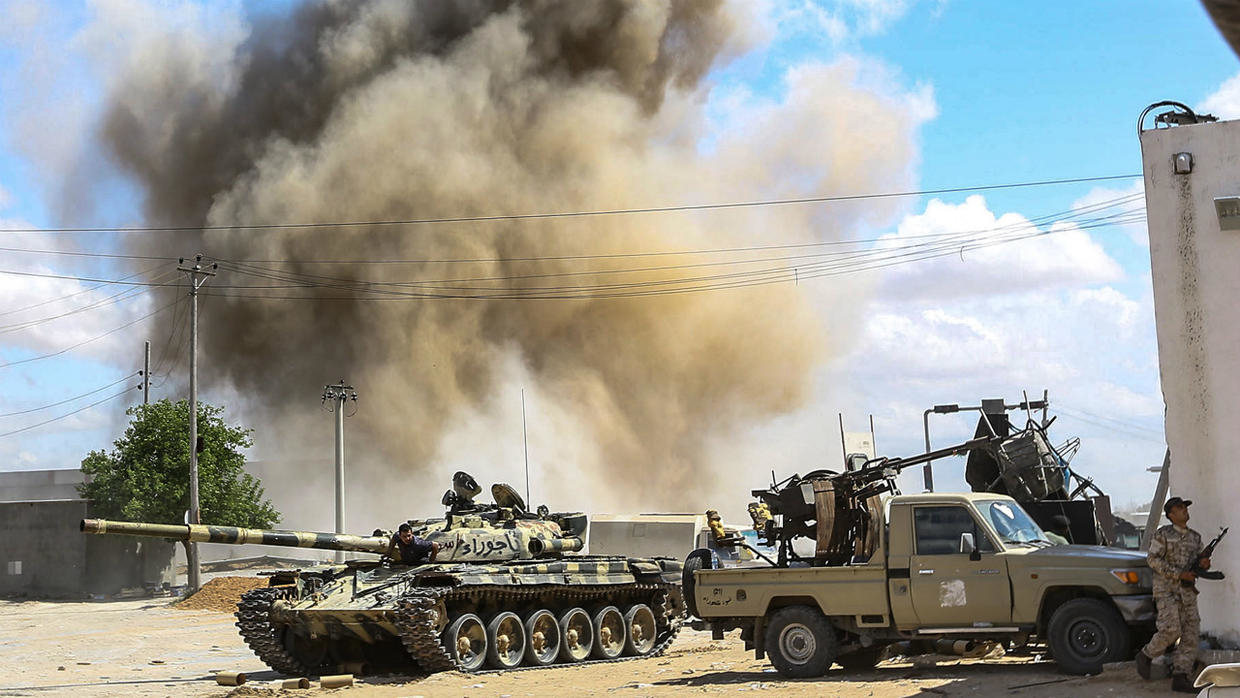 He threatened to hit “civilian planes,” but in the meaning that planes carrying Turkish-backed militants being transported to Libya to fight on behalf of the UN-assigned Government of National Accord would be targeted.

LNA targeted the Mitiga International Airport with 6 Grad missiles on January 22nd as a warning.

On the same day, Al-Mesmari said that a Turkish warplane was downed by LNA forces. It flew out of Mitiga international airport and reportedly wished to target LNA forces in Tripoli.

As of January 24th, heavy clashes are on-going in Tripoli, with fighting being most active in Abu Salem, in the southern part of the city.

The GNA is shelling LNA positions in Wadi Al Rabie, in Southern Tripoli.

Libyan oil production and oil exports are still blocked, despite US and other calls for the blockade to be lifted.

He said that both Turkey and Russia supported the ceasefire and urged the parties to respect it.

“We are working to support the forces of the Fayez al-Sarraj government and provide them with material and strategic support, and this is a path approved by the Turkish parliament,” Erdogan said.

Meanwhile, more than likely in an attempt to counter Turkey’s ambitions in the Eastern Mediterranean Sea, Cyprus blocked EU sanctions against Russia.

Cyprus is either hoping to get support from Moscow against Turkish drilling in the region, or concessions from the EU to pressure Ankara.

Cyprus, backed by the EU, accuses Turkey of drilling illegally for oil and gas in its territorial waters. The EU has prepared the ground for travel bans and asset freezes but has postponed saying which Turkish officials they would target in order to give Ankara time to change its approach.

“There is no connection made between the two sanctions regimes. We are in the process of reviewing the information provided with regard to the Ukraine sanctions,” Cypriot foreign ministry spokesman Demetris Samuel said.

“Our aim is to see the (EU decisions) implemented. We feel that it is important… to expedite and finalise this work with regards to the listings.”