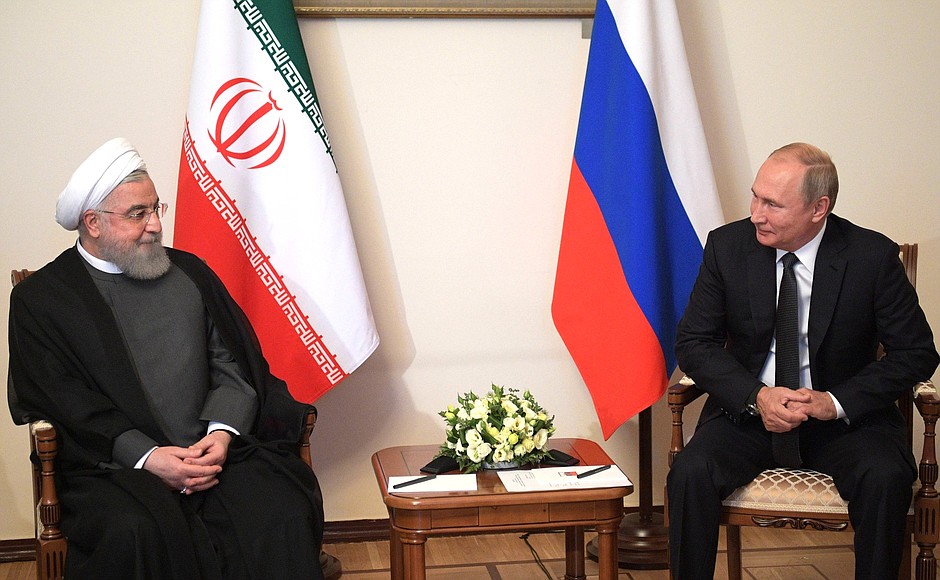 President Rouhani: Iran-Russia ties advancing against US will

Iranian President Hassan Rouhani says bilateral relations between Iran and Russia are rapidly advancing despite the will and intention of the United States.

Rouhani made the remark in a meeting with the visiting chairman of Russia’s State Duma Vyacheslav Volodin in Tehran on Monday.

“I stand assured that in spite of Washington’s pressures on the region and Iran in particular, the two countries will expand their relations more than ever before regardless of the White House’s will and intention,” Rouhani said.

Underlining that Iran is by no way interested in the spread of tensions across the region, Rouhani said, “Regional stability is of significance to Iran and Russia, and we are ready, as in the past, to further cooperation and deliberation between the two countries.”

The Iranian president also noted that, “Trilateral relations between Iran, Russia and China as well as joint maritime drills in the Sea of Oman indicate that the trio are bent on developing closer ties with each other.”
Rouhani expressed hope that the all the previous agreements between Tehran and Moscow for the promotion of joint investment will enter into force as soon as possible.

Volodin, for his part, said, “Despite increased tensions in the region, we should work towards defusing tensions and expanding ties without allowing such tensions to drift us apart.”

He added that the most important points raised during discussions within the framework of the two countries’ joint economic commission included the expansion of trade ties between the two countries, adding, “We believe that we can reach better conclusions through more meetings.”

In a separate meeting with the Russian official, Iran’s Majlis Speaker Ali Larijani said the United States is pushing the West Asia region toward international dictatorship through its humiliating behavior.

“Americans are pushing conditions in the region toward international dictatorship and behave in a humiliating manner, which makes cooperation between Iran and Russia even more important,” Larijani said.

On January 3, the US assassinated General Soleimani, commander of the Quds Force of Iran’s Islamic Revolution Guards Corps, and Abu Mahdi al-Muhandis, the second-in-command of Iraq’s Popular Mobilization Units (PMU), and a group of their companions in Baghdad. The operation was conducted with the authorization of US President Donald Trump. The US Department of Defense took responsibility for the assassination.

Pointing to close deliberations between Iran and Russia in various fields, Iran’s Majlis speaker said, “The two countries have taken joint strides particularly in the fight against terrorism, and also have good military and security cooperation, a recent instance of which was the joint naval drills between Iran, Russia and China.”

Larijani referred to the two countries’ joint economic commission as a venue for the expansion of bilateral economic ties, saying, “We hope the convention of this commission at such a level that depicts the two sides’ will for developing ties, will further contribute to the consolidation of relations.”

Stressing the need for the inter-parliamentary cooperation, Volodin, for his part, said, “Such interactions should help deepen ties between the two countries.”