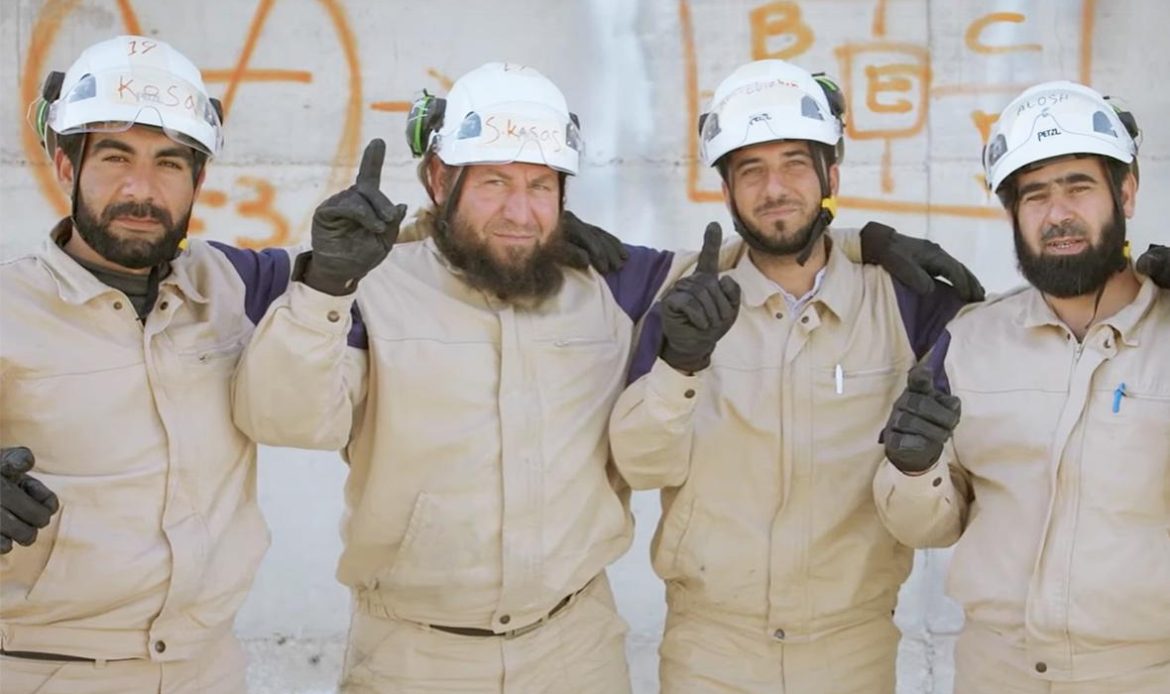 Syria sent protest letters to the United Nations, informing the world body that Turkey continues providing assistance to terrorists to conduct false-flag chemical attacks in Syria’s northwestern provinces of Idlib and Aleppo in an attempt to implicate Damascus

In two identical letters to UN Secretary-General Antonio Guterres and the head of the UN Security Council, the Syrian Ministry of Foreign Affairs and Expatriates said on Monday that it has been confirmed that the Turkish government is supporting terrorist groups to fabricate a fake chemical attack south of Aleppo and another one in the northeast of Idlib to frame the Syrian army.

The letters, quoted by Syria’s official news agency SANA, added that it is a known fact that whenever foreign-backed terrorists “feel cornered”, the so-called civil defense group White Helmets begin staging fake chemical attacks “upon the instructions of their masters in Western states” to create a pretext for the US and its allies to launch a military attack against Syria.

The Western-backed White Helmets are known to have been actively involved in false flag chemical attacks in the Syrian town of Khan Shaykhun in Idlib in April 2017, and the other in the Damascus suburb town of Douma in April 2018. Following the staged chemical attacks, the US and its allies launched attacks against positions of the SAA as they blamed both incidents on Damascus, which strongly rejected the accusations.

The Syrian Arab Army, backed by Russian Aerospace Forces, has already regained most of the territories formerly occupied by foreign-backed terrorist forces, except portions of Aleppo and large swaths of Idlib, which are still held by leftovers of various terrorist groups.

In August last year, Syrian troops commenced an ongoing full-scale offensive to flush terrorists out of these two regions. The Syrian army says that it is resolute to crush militants in these two regions and pave the way for the safe return of the displaced to their homes.

The ministry also stressed that what the Syrian government troops, along with their allies, are doing in the south of Aleppo and southeast of Idlib “is part of its sovereign and constitutional right to defend its people and land”, adding that the military operation “is to end the suffering of civilians” in these two regions.

In conclusion, the letters asserted, “The Syrian Arab Republic reiterates its stern condemnation of any use of chemical weapons by anyone, under any circumstances, and any place.” The ministry also called on the UN chief and the UNSC to denounce terrorists’ crimes against Syrians, urging the world body to support Damascus in its years-long war against terrorism.

Syria handed over its stockpile of chemical weapons in 2014 to a joint mission led by the United States and the Organization for the Prohibition of Chemical Weapons (OPCW), which oversaw the destruction of the weaponry. Yet, the US, NATO and other allies still insist that Damascus conducts chemical attacks.