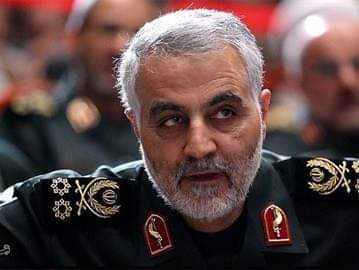 The IRGC commander was killed on 3 January in a US airstrike as he was leaving Baghdad International Airport, dramatically escalating tensions between the US and Iran.

Islamic Revolutionary Guard Corps Quds Force commander, Qassem Soleimani, was carrying a message related to the Saudi-Iran mediation as he was travelling to Iraq, when he was assassinated by the US forces, Iran’s ambassador to the country has stated.

The message contained the Islamic Republic’s stance on the possibility of rapprochement between Tehran and Riyadh.But it was never delivered since immediately upon his arrival in Iraq on 3 January, Soleimani was killed in an airstrike conducted by US forces.

The Iranian ambassador clarified that his country is seeking to normalise its ties with Saudi Arabia, as well as with the United Arab Emirates “as quickly as possible” and welcomed “Iraq’s role in trying to solve differences” with these states.

Iran and Saudi Arabia cut ties after a series of incidents that took place in 2016 following years of disagreements. Riyadh withdrew its diplomatic mission after its embassy in Iran was attacked by a mob infuriated by the kingdom’s decision to execute Shia cleric Nimr al-Nimr. The latter was accused of meddling in Saudi domestic affairs on behalf of a foreign government.

Tehran condemned the execution as unlawful, but also criticised the attacks on the Saudi embassy as “by no means justifiable”. The relations between the two Gulf states continued to deteriorate over Iran’s criticism of the Saudi-led military operation in Yemen targeting local Houthis. Tehran claims Riyadh’s operation resulted in a humanitarian disaster and the killings of civilians. The kingdom in turn accuses Iran of supplying the Houthis with weapons, used to attack Saudi Arabia.

Riyadh has been refusing to hold negotiations on the restoration of ties with Iran, arguing that the latter must first start acting as a “normal” state and stop its alleged meddling in other regional states affairs. Iranian Foreign Minister, Javad Zarif, hit back at these demands in his tweet on 26 January by hinting that Saudi Arabia didn’t meet its own criteria of “normal” state either, recalling its military operation in Yemen and alleged involvement in the murder of Saudi journalist Jamal Khashoggi.