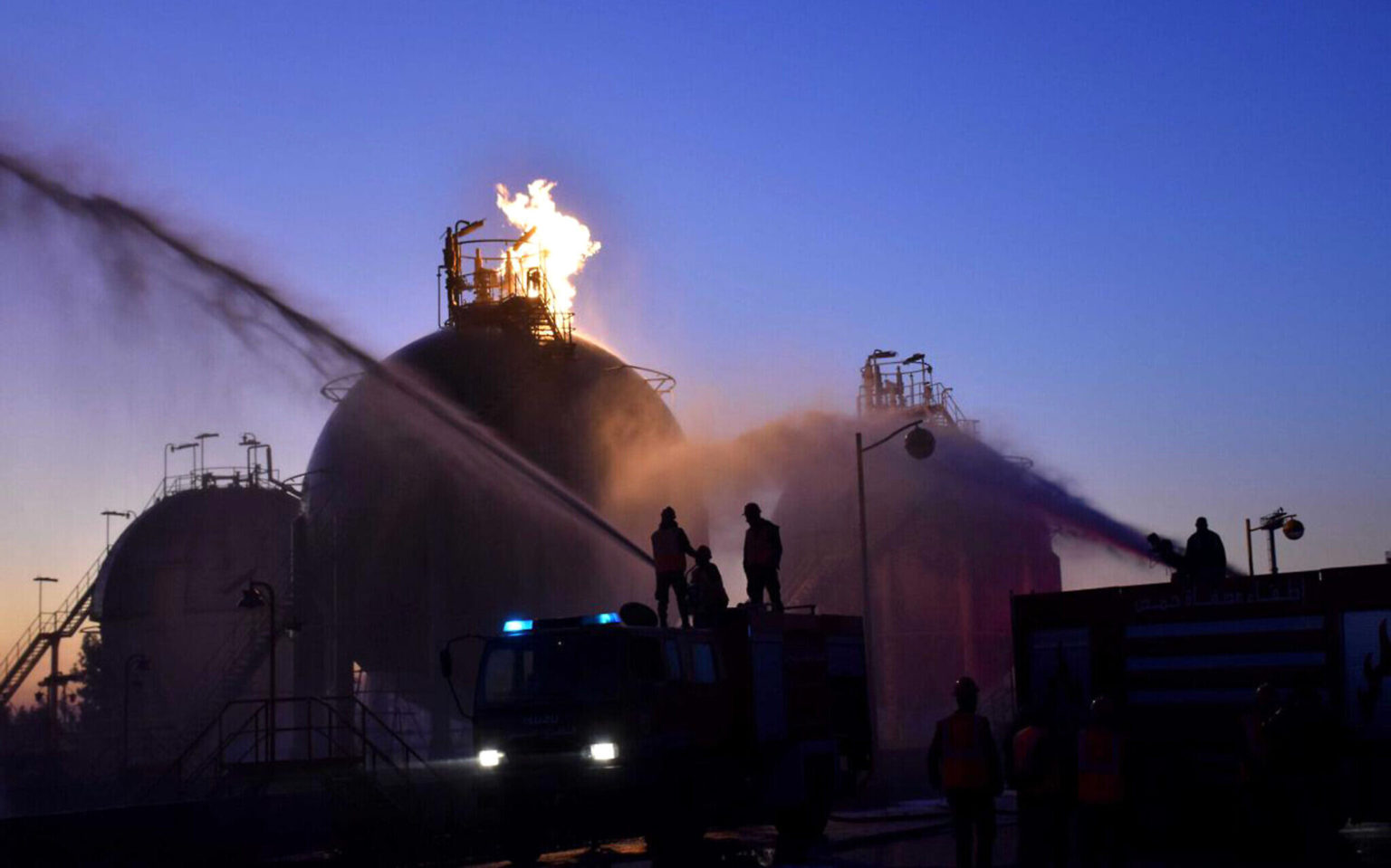 Terrorists attacked the Al-Rayyan gas station, the South Central region gas factory, the Ebla gas factory and the Homs refinery, Syria’s state-run news agency SANA reported. According to the report, the attack was carried out with shells dropped by unmanned aerial vehicles.

Minister of Oil and Mineral Resources Eng. Ali Ghanem said in a statement to SANA that terrorists and their sponsors have gain targeted the oil sector and its facilities on Tuesday dawn, particularly Ebla Gas Factory, South Central Gas Factory, al-Rayyan Gas Station and Homs Refinery.

Minister Ghanem added that immediately the firefighting brigades which are affiliated to the oil facilities and the civil defense were able to contain the fires which resulted from the attack and they extinguished them.

He noted that the technical cadres have started the process of damage assessment and the maintenance works at the damaged units, adding that the cadres have been able to alleviate the mitigate damage and ensure the continuity of gas flow to the generation plants as usual.

Minister Ghanem indicated that some of the damaged units have stopped partially, but there will not be a large effect on the issue of the local market’s supplies.

This was the second such attack in two months. On December 21, 2019, the Homs oil refinery, the al-Rayan gas station and a gas processing facility became a target of the similar attack. The attack placed many sections of the targeted facilities out of service and caused several fires, which were put down immediately by the Syrian Civil Defense (the real one, don’t mix it with the so-called White Helmets).

According to local sources, the attack was carried out from the Homs desert area, where ISIS cells still operate.