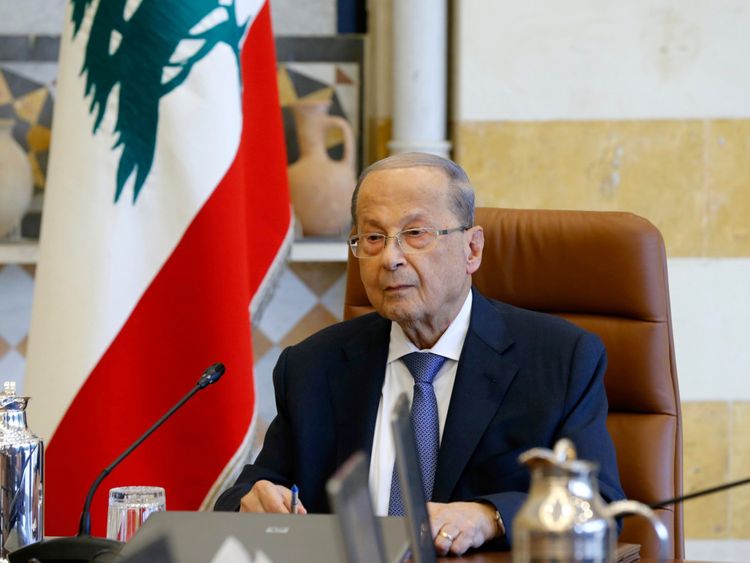 Lebanese President Michel Aoun said on Saturday that Hezbollah is not leading the government, stressing that they are required to put an end to the current crisis.

Aoun said, in an interview with a magazine on Saturday, that “Hezbollah does not lead the new government, and this government is required to work to put an end to the current economic crisis and take broad economic and financial measures for this purpose.”

Aoun continued, according to the LBC, that “the Taif Agreement has greatly reduced the powers of the President of the Republic, and as a result the Council of Ministers is responsible for the procedural authority.”

“As for the sectarian system, it is part of the existing Lebanese system as a whole. We must make a change in our basic laws with the aim of achieving a civil system,” he continued.

He revealed that “it is not possible under the current circumstances to reach such an issue.”

Last Thursday, the government of Lebanon adopted a rescue plan aimed at lifting the country from the worst financial and economic crisis it has faced in decades.