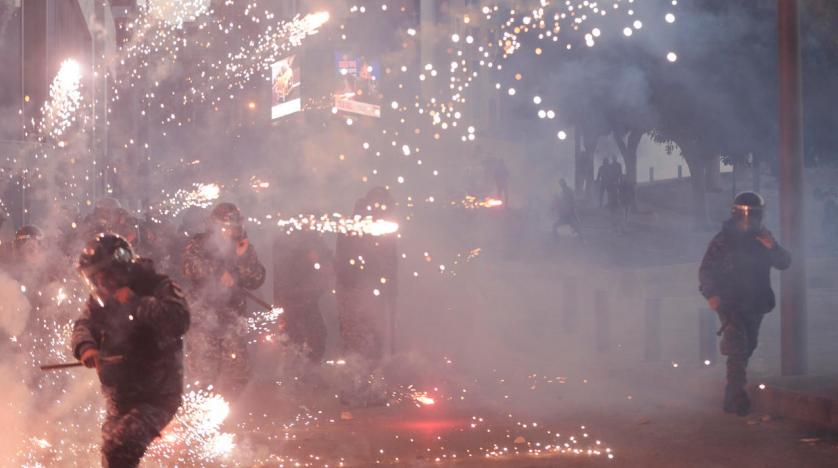 Over 200 People Injured in Beirut Clashes Between Protesters, Security Forces

Almost 30 people have been hospitalised in Lebanon as a result of clashes between protesters and security forces in the capital city of Beirut, with 190 others receiving medical assistance on the ground, the Lebanese Red Cross said on Tuesday.

“Downtown Beirut: as of now, 28 [people] have been transferred to nearby hospitals, and 190 injured have been treated on location,” the Lebanese Red Cross wrote on Twitter.

​Earlier on Tuesday, local media reported that security forces had used tear gas and water cannons to disperse protesters who gathered near the complex of government buildings to prevent the appointment of the new cabinet headed by Prime Minister Hassan Diab.

On Tuesday, the Lebanese parliament is holding a vote of confidence in the new government, which was formed in late January in the wake of mass anti-government protests.

The rallies began last October in response to the government’s decision to tax WhatsApp calls. Despite the measure eventually being scrapped and then-Prime Minister Saad Hariri and his cabinet resigning, people have remained in the streets to demand economic reforms, specifically in the banking sector, due to the worsening living standards amid a wider economic crisis.