How The 1979 Revolution Reshaped Iran and Saudi Arabia 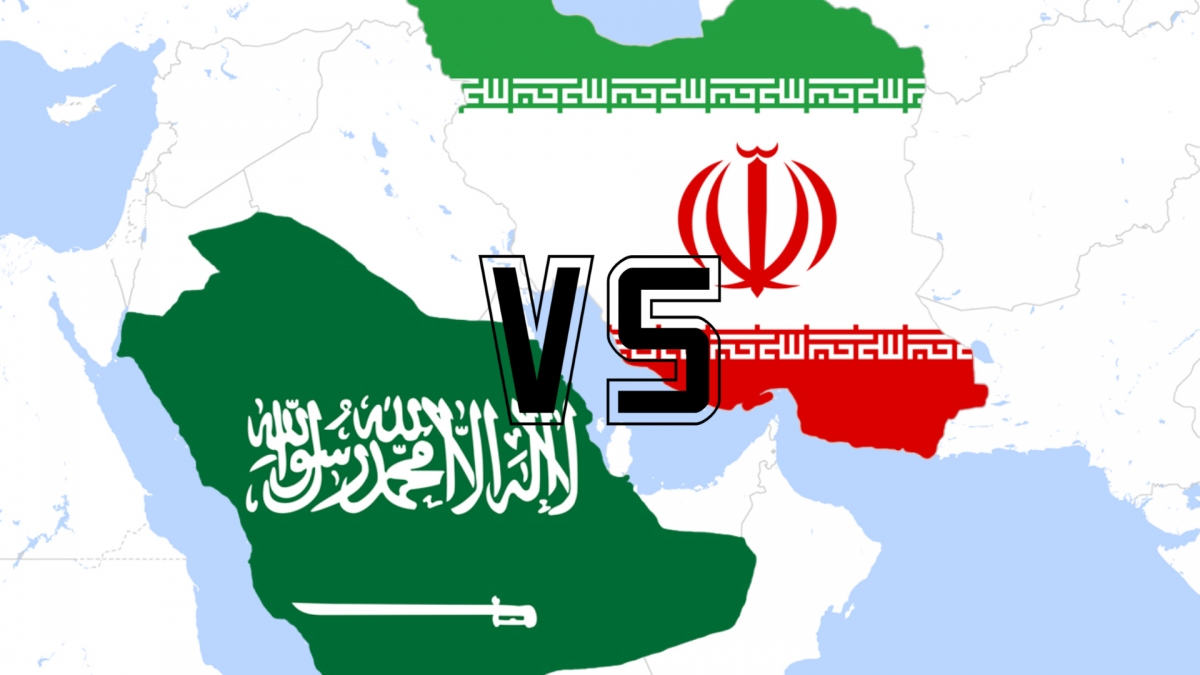 The Iranian revolution, which took place 41 years ago this week, was not the only seismic event to shake the Gulf and the Middle East that year.

In November 1979, Juhayman al-Otaibi, a former corporal in the Saudi National Guard, seized the Ka’aba in Mecca with a Salafi armed group proclaiming the arrival of al-Mahdi, the redeemer of Islam whose appearance, according to the hadith (Prophet’s sayings), heralds the Day of Judgment, and calling for the overthrow of the House of Saud.

As Al Jazeera TV channel reported recently, al-Otaibi was dislodged from the Grand Mosque with extreme bloodshed and only with the use of French mercenaries. The channel uncovered French defence ministry documents entitled “Mecca Mission” which revealed the kingdom’s thanks for the liberation of the mosque.

Contradicting the official Saudi account that the operation resulted in the deaths of only 300, of whom 26 were pilgrims, the French commander Paul Barrell was horrified by the massacre that unfolded. He said 5000 were killed, 3000 of them pilgrims who were there at the time of the seizure.

The kingdom’s current, self-styled moderniser Crown Prince Mohammed bin Salman dates the kingdom’s swerve toward state-sponsored ultraconservative Wahabbism to that traumatic event. Khaled, the Saudi king at the time, did indeed respond to the attack by implementing a stricter version of Islamic law and giving scholars and religious police more power.

However, the House of Saud’s dependence on conservative religious scholars for their legitimacy predates by far that attack as the Saudi journalist Jamal Khashoggi, whose killing Mohammed bin Salman ordered, never tired of saying.

Both the revolution and the mosque attack had profound effects on the course Iran and Saudi Arabia would take over the next four decades. With the Islamic Revolution, which was a real revolution, not initially exclusively Islamic, the US lost the Shah of Iran, its number one policeman in the region. All its military bases, and radar stations monitoring the Soviet Union from its vulnerable southern flank, disappeared in a stroke.

In shaking off the Shah and with him the western yoke, Iran became a truly independent nation. Iran’s independence was forged with extreme suffering. In an eight year war against Iraq, launched a year later, it lost an estimated 750,000 lives repelling Saddam Hussein’s invasion of the oil-producing province of Khuzestan and the capture of Khorramshahr.

Saddam was backed, it is all too often forgotten, by the US following a visit by US President Ronald Reagan’s envoy Donald Rumsfeld, and financed by Saudi Arabia.

A chlorine plant, Fallujah 2, which, the US was later to say, formed an essential part of Saddam’s chemical warfare arsenal, was built by Britain in 1985. That is when Margaret Thatcher was prime minister.

As The Guardian’s David Leigh reported:

“Senior (UK) officials recorded in writing that Saddam Hussein was actively gassing his opponents and that there was a ‘strong possibility’ that the chlorine plant was intended by the Iraqis to make mustard gas. At the time, Saddam was known to be gassing Iranian troops in their thousands in the Iran-Iraq war.”

Saudi Arabia, however, went the opposite way.

From the use of US pilots to bomb the Grand Mosque in Mecca, and French mercenaries to liberate it, the kingdom has become ever more dependent on foreign troops and nationals for its security.

According to the orthodox understanding of Islam, non-Muslims are banned from the most sacred place, the Ka’aba in Mecca. And yet the al-Saud were so helpless, they swept this religious injunction under the carpet to regain control over their own kingdom. The year 1979 did not lead to any rethink in the kingdom to be more independent and in charge of its own destiny.

Ever since, history has repeated itself. When Iranian-built drones and cruise missiles attacked two key Aramco facilities last year, Saudi Arabia could not defend itself. The biggest weapons’ buying spree, which the crown prince had just undertaken in Trump’s America, was of no use.

The degree to which Saudi Arabia depends on foreign powers for its strategic defence is a state secret in the country and beyond.

Saudi dependency on foreign military support keeps on deepening. The number of British technicians keeping Saudi jets flying in Yemen is a secret as are the Pakistani pilots flying them.

Just occasionally, the true extent of British military support for the Saudi kingdom is let slip, as when an advert appeared in July last year for a project manager for the Saudi Arabia National Guard Communications Project (SANGCOM).

The existence of SANGCOM is known. Britain and Saudi Arabia signed a memorandum of understanding (MoU) 40 years ago, but its budget and its extent was a closely guarded secret, until the advert blurted it out. “The UK MOD SANGCOM Project Team is responsible for the delivery of a £2bn programme to modernise the Saudi Arabian National Guard’s communications network.”

Iran, in contrast, under near continuous sanctions and isolation from the western banking system, has developed the embryo of a nuclear industry, its own economy, its own arms industry, its own expeditionary force, al-Quds brigade of the Revolutionary Guards, and, as at least 100 US soldiers diagnosed with traumatic brain injury found out, its own ballistic missiles accurate within 25 metres.

There are no signs that Saudi Arabia has learned the lessons of its dependence on foreign powers to protect it in the last 40 years. Rather, following the experience of the Aramco attack, the conclusions the kingdom has reached push it further into Israel’s arms, which is increasingly playing the role of US surrogate around the Arab world.

It is through Israel that both Sudan and Morocco are seeking favours from Washington, the former for sanctions relief, the latter for trying to get the US to adopt its position on the Western Sahara.

Israel’s role as the DC portal for its new-found Sunni Arab allies is not cost free. The price of the service it provides, apart from its own arms and cyber warfare contracts, is membership of a new Sunni Arab club: the creation of a regional military alliance against Iran.

The alliance against Tehran

The assemblance of a Sunni military alliance is, I believe, the central strategic purpose of Trump’s deal of the century, and the reason why efforts, which I first revealed over a year ago, are continuing to stage a Camp David style handshake between Mohammed bin Salman and the Israeli Prime Minister Benjamin Netanyahu.

Thus it was that the assassination of Qassem Soleimani – a targeted killing which previous US presidents had vetoed – was the culmination of a series of strikes against Iranian-backed militias, which started with the use of Israeli drones against the Popular Mobilisation Units (PMUs) in Iraq, launched from Kurdish controlled bases in Northern Syria.

Soleimani’s killing has prompted a series of bellicose speeches in Washington framing Iran as the disrupter in chief not just to regional stability but of the world economy too.

Former British prime minister Tony Blair, whose views on the Middle East continue to be listened to by the think tanks of DC with a respect he has long since lost at home, told the Council on Foreign Relations:

“Were it not the arm of the Iranian state, there is little doubt that it [the IRGC] would be treated in the same way as al-Qaida or any of the other myriad of Sunni terrorists non-state actors. That’s why we advocate that countries follow the example of the United States and designate it as such.”

“The internal IRGC documents which we analyzed are explicit. The organization is committed to ideological political training of recruits. They proclaim an existential threat to Shiism from Sunni Arabs, Zionists, Western actors. They mandate on religious grounds the expansion of the revolution to other nations. They authorize the killing of Jews, Christians, and Zoroastrians, and pressure to make them give up their devious beliefs. And they share the same litany of extremist views on social issues, including the status of women, hostility to gay people, and the sanctity of their image of Islamic society.”

MP and former Tory defence minister Liam Fox continued the attempt to portray Iran as a global problem in a speech to the Center for Strategic and International Studies. He said:

“Iran is now replacing the Arab Israeli conflict as the primary cause of instability in the Middle East.”

This claim neatly establishes the link between the intentioned demise of the Palestinian cause, with the disappearance of any possibility of a functioning Palestinian state, and the rise of a new universal foe that western military alliances so desperately need for their own survival.

There is huge disquiet in the Arab world at the creation of an ideologically based western jihad against Iran. That disquiet is not just felt in the Arab street, but among elites as well. The malign influence of the Saudi-Israeli alliance against Tehran is felt keenly across the still-to-be shattered Arab world, in Iraq, Jordan and Egypt.

European governments sit on the sidelines watching the JCPOA (the Iran nuclear deal), the single most effective way of ensuring that the reformists in Iran survive, crumble under the unremitting hostility of this new party of war.

This fresh neo-conservative push to engineer an all out confrontation with Iran has to be stopped before untold destruction is wreaked in the name of preserving western hegemony over this region at any price – dictatorship, apartheid, the destruction of a Palestinian homeland.

The only way peace and sanity will return to this region is by regional co-operation between neighbours, who are unimpeded by, and free from, outside interference.

Independent decision-making is key to the restoration of trust and neighbourly relations between Saudi Arabia and Iran – which is exactly why the US and Israel are working so hard to stop them.