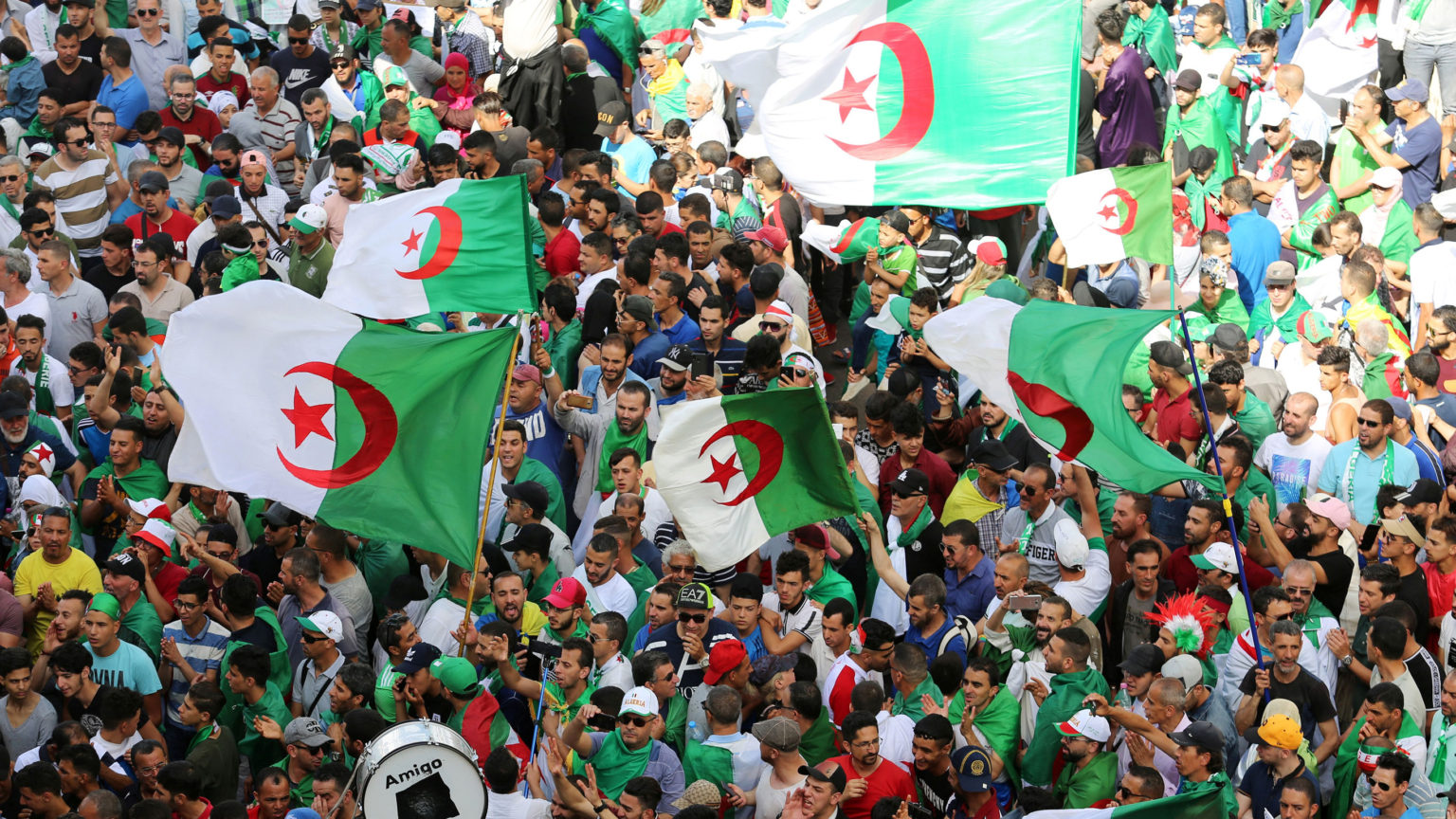 Algerians keep up protests a year after demonstrations began

Thousands of Algerians marched on Friday, a year since the start of weekly protests calling for a complete overhaul of the ruling elite, an end to corruption, and the army’s withdrawal from politics.

“We will not stop,” chanted a crowd in the center of the capital, Algiers, despite a large police presence.

Over the past year, the protesters have changed the face of Algeria’s power structure, causing the fall of a veteran president, Abdelaziz Bouteflika, and the arrest of dozens of leading figures, including a once-untouchable former intelligence chief.

However, while the new president has released people detained in the protests, set up a commission to amend the constitution, and offered talks to the opposition, much of the old ruling elites remain in place.

The leaderless protest movement, known as “hirak,” is demanding more concessions, including the release of more activists and the departure of more senior figures from positions of power.

“Our hirak is tireless. We are ready to keep marching for months more,” said Yazid Chabi, a 23-year-old student on the central Didouche Mourad street in central Algiers.

However, since December’s presidential election, the number of protesters has fallen according to people attending the marches each week.

Hirak opposed the election, regarding as illegitimate any vote that took place while the old ruling elites were in power and while the military was involved in politics.

Abdelmadjid Tebboune, a former prime minister seen by the protesters as part of the old elite, was elected, but the turnout was only 40%, according to official statistics.

Chabi, who is studying law, said he has no expectation of finding work after he graduates. “Algerians have been getting only promises. Nothing has improved in recent years because corruption is still there,” he said.

Two former prime ministers, several ex-ministers, and prominent businessmen have been jailed after anti-graft investigations that followed protests demanding the prosecution of people involved in corruption.