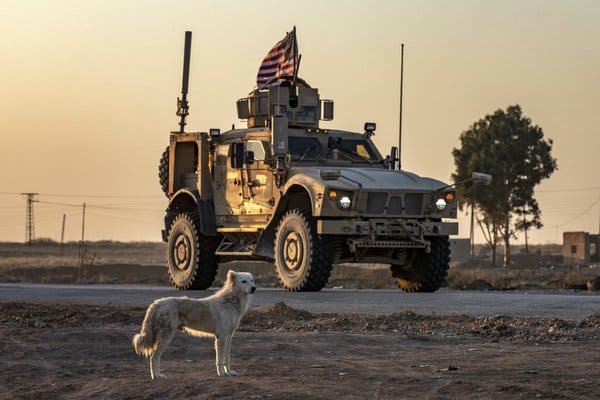 The conflict between the US military and Syrians occurred on 12 February at a checkpoint in a village east of the town of Qamishli in north-eastern Syria.

The footage shows a military convoy carrying US flags moving along the road. From the side of buildings, local residents start throwing stones at the military vehicles.

According to the official military spokesperson for Operation Inherent Resolve (OIR) Myles Caggins, the incident came after US-led coalition forces were blocked at a checkpoint.