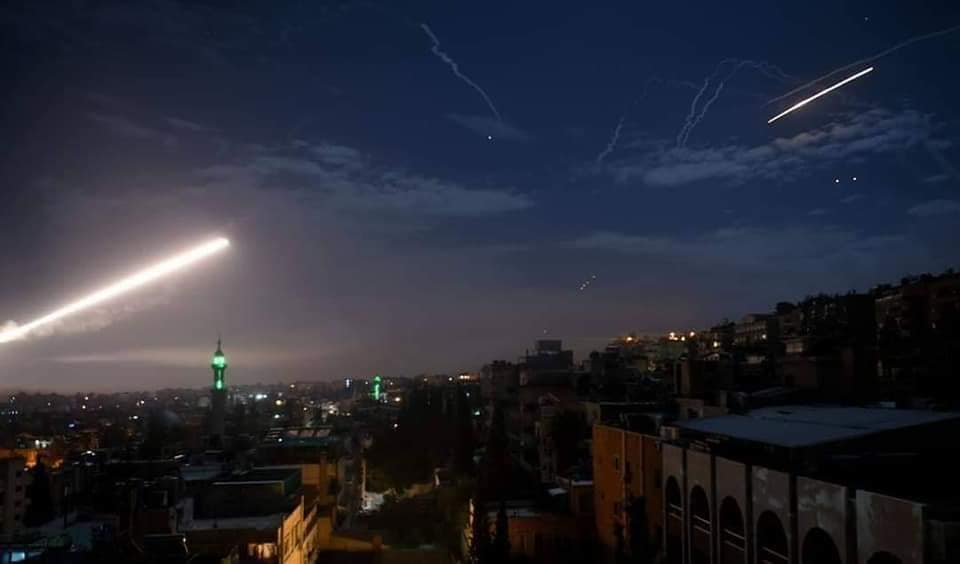 The attack reportedly did not result in any damage or casualties.

“The hostile missiles came from the occupied Golan… and they were downed before they reached their targets,” a military source said, as cited by Syrian SANA news agency.

The agency reported earlier, citing its own correspondent, that the missiles came from the direction of the Israeli-occupied Golan Heights. Israel, which usually does not comment on its bombing incursions into Syria, is known to have repeatedly struck the Damascus countryside, claiming it was targeting “Iranian positions.”

Footage has emerged online showing the moment Syria’s air defenses were engaged to take out the missiles.

The last time Tel Aviv rained down missiles on Damascus was just one week ago, forcing the Syrian government to activate its air defenses to repel the attack. While there were no casualties or damage reported as a result of the February 6 raid, the Israeli military endangered the lives of 172 passengers and crew aboard a Damascus-bound Airbus A320 from Tehran. The plane was in serious danger of being caught in the crosshairs and was forced into an emergency landing, the Russian military reported in the wake of the bombing, accusing Tel Aviv of putting civilian lives at risk.