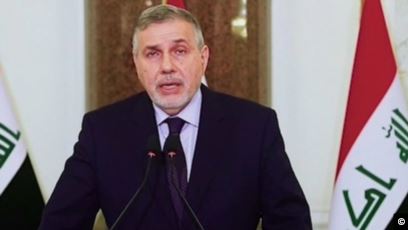 Iraqi Prime Minister-designate Mohammed Tawfiq Allawi has called for parliament to hold a confidence vote on his government early next week. Nominated as a consensus candidate among divided political parties, Allawi emphasized that his cabinet was not drawn from the political elite, a key demand of the protest movement sweeping Baghdad and the south since October 1.

In a speech broadcast on state TV on Wednesday, Allawi said he was proposing “an independent government without any party candidates for the first time in decades.”

Iraqi officials have quietly expressed skepticism that such a government would earn parliament’s approval, AFP reported.

Allawi said he was calling on parliament, which is currently on a break, to sit for a confidence vote on February 24. Outgoing premier Adel Abdel Mahdi said it would not be fair for him to hold his post beyond the constitutional deadline for confirming his replacement, and warned against a “very dangerous” vacuum.