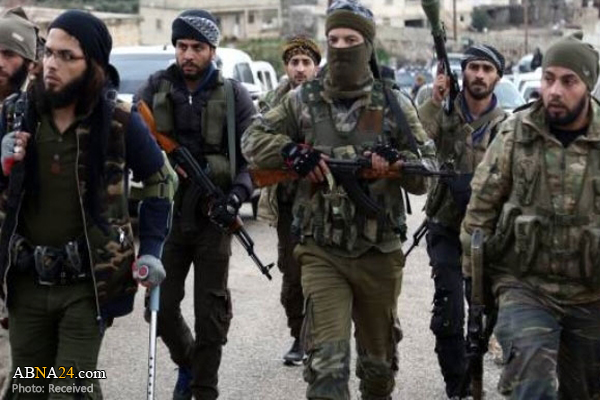 The FRENCH connection to IDLIB TODAY

FRANCE 24’s Wassim Nasr, a specialist in jihadist networks, recently spoke via Skype with French recruiter Omar Omsen, the head of the jihadist group Furkat-al-Ghuraba, an Al Qaeda affiliate in Idlib.  There are numerous French terrorists in Idlib today, fighting to establish an Islamic state out of a small piece of secular Syria.  Their dream is a Sunni utopia on the Turkish border, where they can enjoy the full support of the Turkish President Erdogan, who is the head of the AK party which is a Muslim Brotherhood party which has dominated Turkey for about 20 years.  Being on the Turkish border also affords them the luxury of being fed and clothed by international aid agencies, such as the UN’s World Food Programme, and other humanitarian groups who distribute supplies to civilians, and their sons, brothers, husband, or father who are on the Al Qaeda payroll financed by Qatar, and some Arab Gulf monarchies.  The humanitarian groups, including the UN, work as enablers, prolonging the suffering of the innocents by continuing the supplies. If the daily needs of the terrorist’s families had been cut off, the terrorists would be forced to flee to Turkey, and eventually Europe, for more of the free benefits offered by “Mother Merkel”, referring to German Chancellor Angel Merkel.

The French terrorists were recruited in France, and not online.  The Sevran network, a terrorist recruitment network in Sevran, near Paris, operated from an informal prayer hall, as they targeted young men with a sophisticated mixture of psychological tactics, and according to some, tactics of hypnosis which were acquired by Al Qaeda during the decades in Afghanistan, which is well known for honed skills of hypnosis which existed before the CIA field agents; but, were used by the CIA in their jihad program to counter the Soviet presence there.

The French jihadist recruiter, Omar Omsen, faked his death in August 2015, only to reappear months later in a TV interview. It is unknown how many terrorists have faked their deaths to wipe their identity clean and re-invent themselves later in Europe, or the US.

The French government began their support of terrorists in Syria beginning in 2011 when the CIA began their first office in Adana, Turkey just over the border from Idlib. French Presidents from Sarkozy, to Hollande, and now Macron have all followed the US ordered ‘regime-change’ project in Syria.  In 2017 US President Trump shut-down the CIA program of support to Al Qaeda in Syria. However, Al Qaeda is fully functioning in Idlib and with very obvious support at the highest levels, such as weapons, ammunition, anti-aircraft missiles, drones, and paychecks.

In September 2015, Syrian President Assad blamed Europe’s refugee crisis on West’s support for terrorists.  Referring to the viral online photo of a Syrian child washed up on a Turkish beach, he said,  “How can you feel sad at a child’s death in the sea and not feel for the thousands of children who have been killed by the terrorists in Syria? And, also for the elderly, for the woman and men? These European double standards are no longer acceptable.”

He added, “The West is supporting terrorists since the beginning of this crisis when it said it was ‘a peaceful uprising’ – as they called it. They said later, it is moderate opposition and now they say these (are) terrorists like al-Nusra and ISIS.”  Jibhat al-Nusra is the Al Qaeda affiliate in Syria and is in control of Idlib.

In June 2015 the trial in London of a Swedish man, Bherlin Gildo, accused of terrorism in Syria, collapsed after it became clear British intelligence had been arming the same groups the defendant was charged with supporting. The prosecution abandoned the case, apparently to avoid embarrassing the intelligence services. The French intelligence agents were working hand in glove with the US and UK in Syria.

A year into the Syrian rebellion, the US and its allies weren’t only supporting and arming an opposition they knew to be dominated by extreme sectarian groups; they were prepared to countenance the creation of some sort of “Islamic state”.  The western habit of playing with jihadi groups, which then come back to bite them, goes back at least to the 1980’s war against the Soviet Union in Afghanistan, which fostered the original Al Qaeda under CIA tutelage.

The agreement required Turkey to oust terrorists such as Jibhat al-Nusra, and allowed Turkey to set up 12 observation posts in Idlib to separate the terrorists from unarmed civilians.  However, almost 2 years after the deal was made, Turkey failed to fulfill their commitments, and Moscow openly accused Turkey of aiding the terrorists.  This led to the Syrian Arab Army offensive in Idlib which began in December 2019 to liberate the civilians and clear out all terrorists. This military operation is ongoing and the Syrians, with help from Russian airpower, have made dramatic advancements.

In January 2020 a Paris courtroom heard cases against French terrorists in Syria, however, the majority of the defendants were dead.  The French news media have dubbed it a “ghost trial”.

Antoine Ory, one of the defense lawyers, said: “In France, in 2020, we refuse to repatriate the living but we try the dead.”   France has a policy of not taking back its terrorists, even though they have thousands of them in Syria.

FRANCE GAVE AWAY PART OF SYRIA TO TURKEY IN 1939

The border between Syria and Turkey is a relatively straight line from east to west until it reaches the Orontes river, then it suddenly dips and heads southwards for about 80 miles.  This obvious missing chunk of Syrian land was given to Turkey by France in 1939 to assure Turkey would fight for France against Hitler’s Germany in WW2.

Liwa Iskanderoun to the Syrians is now called Hatay province, it contains the cities of Antakya and Iskenderun, which were previously known as Antioch and Alexandretta.  This area is on the Turkish side of Idlib.

The area in 1939 was a mixture of nationalities, with Turks, Turkmen, Sunni Arabs, Alawites, Armenians, and Greeks.  Their descendants today still speak Arabic, unlike the rest of Turkey which only speaks Turkish. Before 2011, Turkish President Erdogan and Syrian President Assad had a very close relationship and an agreement was signed to build a $28 million Syrian-Turkish Friendship Dam on the Orontes River. Hatay was transformed into a staging-ground for internationals terrorists, including the French, who flooded into Syria to participate in the US-NATO-EU attack on Syria for ‘regime change’, and today the world watches as possible open warfare may be declared.