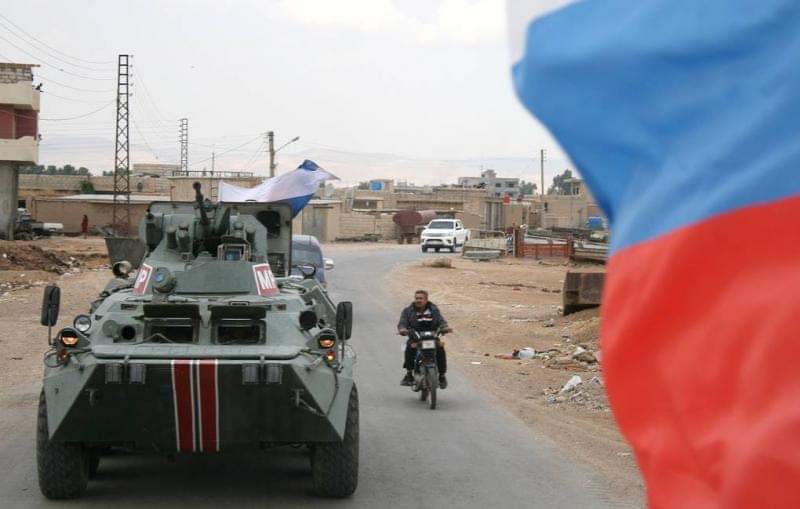 Russian and Turkish servicemen conducted a regular joint patrol mission in Syria’s Aleppo governorate, Oleg Zhuravlev, chief of the Russian Center for reconciliation of the conflicting sides in Syria, told reporters on Thursday.

“A regular joint Russian-Turkish patrol mission was conducted along the route Jarih-al-Fawkani-Shakhli-al-Fawkani-Zor Mgar-Mishko-Koula-Mutuluja-Siftek-Salib-Jarih-al-Fawkani in the Aleppo governorate,” he said.

Units of the Russian military police also carried out patrolling in the Aleppo and al-Hasakah governorates. Russia’s air taskforce conducted an aerial patrol mission from the Qamishli airfield, TASS reports.

Zhuravlev recalled that in line with the Russian-Turkish agreements, a ceasefire had been declared in the Idlib de-escalation zone from March 6. “During the day, no shelling attacks by Turkey-controlled illegal armed groups were reported,” he noted.

However, in his words, 11 ceasefire violations by units of the Islamic Party of Turkestan and Jahbat al-Nusra (both banned in Russia), which are not controlled by Turkey, were reported in the Latakia and Aleppo governorates.

Apart from that, units of the Russian military police escorted a Turkish convoy to a Turkish observation post in the Idlib de-escalation zone.

The Russian reconciliation center continues to fulfill assigned tasks after the completion of the military campaign in Syria. The center’s officers regularly travel around the country’s liberated areas to assess the humanitarian situation. The main efforts of the Russian military are now focused on assistance to the refugees returning to their homes and evacuation of civilians from de-escalation zones.