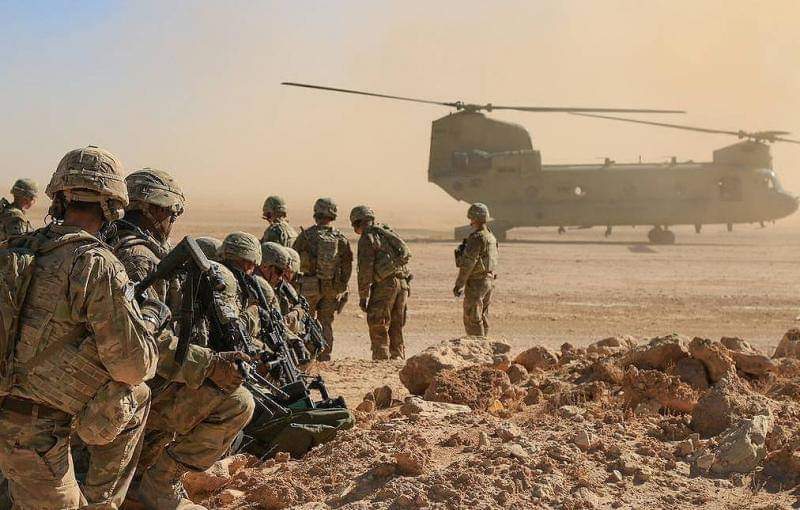 U.S. Evacuate ‘Smaller ’ Bases In Iraq AMID Increasing Rocket Attacks On Its Forces

The Russian-Turkish de-escalation agreement on Idlib is once again shrinking due to actions of Turkish proxies and its allies. The security zone along the M4 has not been created and the Russian-Turkish patrols initiative turned to be a formality because any such patrols that would enter the militant-held area will immediately become a target of terrorist attacks.

While mainstream media outlets prefer to report about some ‘moderate protesters’ blocking the M4 highway, in fact, most of the persons involved are directly or indirectly linked to radical organizations operating in Idlib.

On March 16, the Russian Foreign Ministry officially declared that large Idlib armed groups refuse to recognize the de-escalation agreement and use the ceasefire to rearm and resupply their forces preparing for offensive operations in the region. The Russian side noted that there are many former ISIS members in the ranks of Idlib radicals and emphasized that Hayat Tahrir al-Sham and similar groups still receive foreign support.

It is hard to imagine how it would be possible to neutralize these factions without another military operation in the region. Despite this, the ceasefire still mostly remains in place along the frontline.

The US-led coalition has opted to leave some of its smaller bases in Iraq following the recent series of rocket attacks on its forces. According to the US military, troops will be redeployed to larger facilities, and this will not affect the military mission in the country. The official explanation claims that the reason is the ‘success’ in the fight against ISIS, but recent casualties from two attacks on Camp Taji seem to be a more realistic version.

A new Iraqi armed group, Ausbat al-Thaayirin, already claimed responsibility for the March 11 rocket attack that killed three US-led coalition personnel. The group said that the attacks were delivered in response to the US assassination of Deputy-Commander of the Iraqi Popular Mobilization Units Abu Mahdi al-Muhandis and Commander of the Iranian Quds Force Maj. Gen. Qassam Soleimani. It also vowed to continue military actions against US forces.

Earlier, Kata’ib Hezbollah declared its full support to such attacks, but rejected responsibility for the recent rocket strikes on Camp Taji. Kataib Hezbollah is a part of the Popular Mobilization Units, an official branch of the Iraqi Armed Forces. The US considers Kataib Hezbollah to be a terrorist organization.

With the start of the ceasefire in Idlib, the main point of tensions in the region is moving from Syria to Iraq. Over the past year, the country has become a battleground of the standoff between the US-Israeli-led block and Iranian-led forces. Since the start of 2020, the standoff has become especially acute and it does not seem to be moving towards de-escalation.