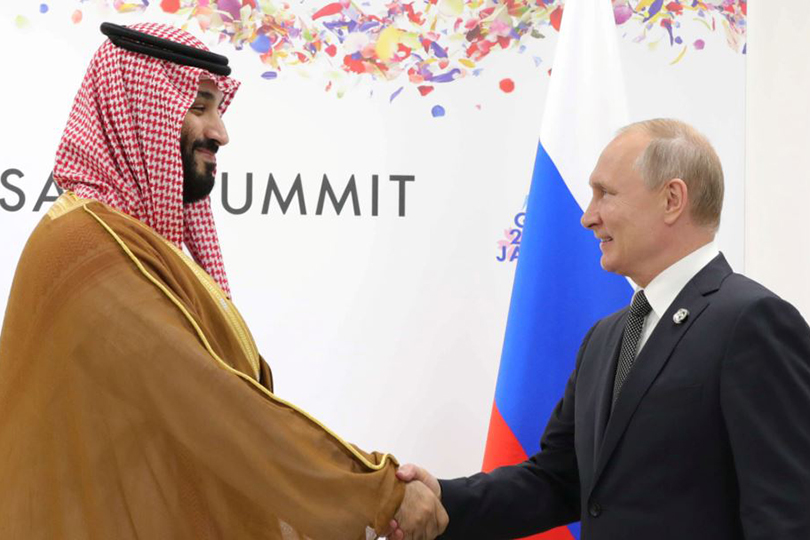 Russian presidential spokesman Dmitry Peskov said that Russia and Saudi Arabia are not waging any wars over oil prices. He is certain that other states should not interfere in the partnership between the two countries.

“There are no price wars between Russia and Saudi Arabia. There is a very unfavorable pricing environment for many countries,” he told reporters.

According to him, Russia and Saudi Arabia have “good relations, a partnership.” “We do not think that anyone should intervene in these relations,” Peskov added.

On Thursday, US President Donald Trump said that he was about to join in a discussion of the situation around the differences between Russia and Saudi Arabia over oil, TASS reports.

Peskov noted that the Kremlin paid attention to this statement. “We understand that indeed many companies are now suffering due to low oil prices, we know that the huge US oil sector is now in distress because of these prices,” he said, adding that he meant those who produce shale oil. “There is a serious crisis, we also understand this,” Peskov said.

The Brent oil price of $25 per barrel is adverse but it not catastrophic, according to Peskov.

“Certainly, this price situation is fairly unpleasant. It is possible to agree in this respect,” Peskov said.

However, Russia has a sufficient safety margin, the press secretary said. “When saying that this is a catastrophe for Russia, there is probably no way of agreeing with this in midterm, since as our president and our government reiterated that we have a solid safety margin for several years, which will support fulfilling all social commitments, development plans, and so on,” Peskov added.

“There were times when the price was even lower,” the press secretary said. Hardly anyone will venture to forecast international oil prices situation for a year ahead and more, Peskov said. “Even if somebody undertakes forecasting, such forecasts will hardly be accurate to any extent,” he noted.

OPEC+ agreement participants failed to decide on further oil production cuts in view of the falling demand due to the coronavirus spread during consultations on March 6. Oil prices have fallen since then. All the limitations of oil production will be lifted from April 1.