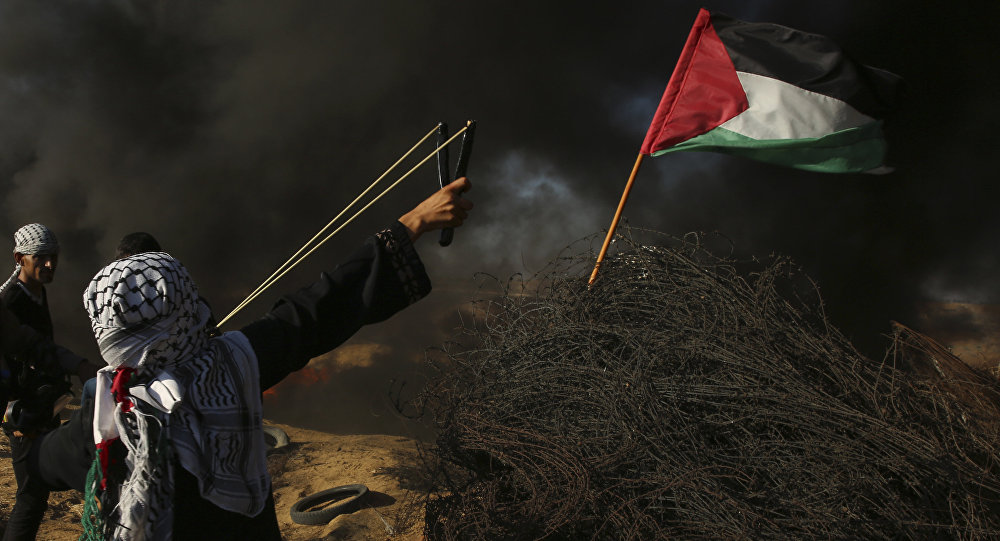 A top leader of the Palestinian Hamas resistance movement has asked Saudi Arabia’s King Salman to order the immediate release of dozens of Palestinians, who are languishing in jails across the ultra-conservative kingdom, citing the threat posed by the spread of COVID-19, the disease caused by the highly contagious new coronavirus.

Ismail Haniyeh, the head of the Hamas political bureau, in a letter addressed to the Saudi monarch pleaded with him to make a quick decision and order the freedom of Palestinian detainees in Saudi prisons.

“In light of the pandemic of the novel coronavirus that has spread across the globe, due to fears for the lives of our honorable brethren and given all humanitarian and religious considerations … the release of the Palestinians becomes a humanitarian and national necessity. We are all confident that His Majesty will not hesitate to do so,” the letter read.

It added, “We call on the Custodian of the Two Holy Mosques to make a long-awaited decision and release our fellow countrymen from prison.”

Families of Palestinians in Saudi prisons call for their release

Meanwhile, Palestinian families and human rights groups have called on Saudi authorities to immediately release the Palestinians, citing the threat posed by the spread of COVID-19.

“Today, we renew our call on the Saudi authorities to release all Palestinian prisoners in Saudi Arabia. Most of them suffer from chronic diseases and need medication on a regular basis. The lack of health care in the prisons threatens their lives,” they said in a joint press statement.

“In light of the intensified spread of coronavirus around the world, we ask the Saudi authorities to consider the release of these detainees in accordance with the Amnesty International’s directives,” the statement added.

Families of the detainees, some of whom are in their 80s, say the Palestinians have been denied access to lawyers and visitation rights, and authorities have recently begun reducing phone call access.

Unnamed sources within the Islamic resistance movement Hamas said the Palestinian inmates stood trial in hastily arranged hearings in groups of five in their most recent court appearance.

According to one source, the charges against the detainees ranged from the bizarre to the indefensible.

Umm Qusai al-Haddad, who was born in Saudi Arabia but now lives in Gaza City, said she feared for the safety of her father Suleiman, 67, and her two brothers, Yahya, 40, and Muhammad, 38, all of whom have been in Saudi detention since 2018.

She said Saudi authorities had repeatedly withheld information from the family, including their recent court session on March 8.

“We learned about the trial from the opposition Saudi pages [Facebook and Twitter accounts], and my mother called the criminal court and checked if it was true,” Umm Qusai said.

She noted that lack of transparency from Saudi authorities has been a constant feature since their arrest.

The Palestinian woman said Saudi officials have repeatedly restricted communications between the family ever since her father and siblings were forcibly disappeared on March 11, 2018.

“About a week after their arrest, my mother received something known as a reassurance call, but then they disappeared for three or four months,” she said.

Last month, the Prisoners of Conscience, a non-governmental organization advocating human rights in Saudi Arabia, announced in a post on its official Twitter page that Saudi authorities had launched a new campaign of “arbitrary” arrests against Palestinian expatriates living in the kingdom on charges of supporting Hamas.

“Unfortunately, there is a harsh investigation procedure against the detainees, some of whom are subjected to various forms of torture. Interrogators of different nationalities are questioning them,” he said back then.

There are about 60 Palestinian detainees [in Saudi jails], and some of them are the sons or supporters of Hamas. Some of them have even lived more than three decades in the kingdom and greatly contributed to the construction of the country.”

He further noted that Hamas has made great efforts, either through contacts with a number of countries or Saudi officials, to secure the release of the Palestinian inmates but all to no avail.

The senior Palestinian official stressed that his movement is closely monitoring the cases of Palestinian prisoners being held in Saudi Arabia.

On September 14, 2019, Hamas also called on Saudi authorities to immediately release its senior official Muhammad al-Khudari, who has been living in the kingdom for over 30 years.

Khudari represented Hamas between mid-1990s and 2003 in Saudi Arabia.

He has held other important positions in the Palestinian resistance movement as well.

Over the past two years, Saudi authorities have deported more than 100 Palestinians from the kingdom, mostly on charges of supporting Hamas financially, politically or through social networking sites.

The Riyadh regime has imposed strict control over Palestinian funds in Saudi Arabia since the end of 2017.

All remittances of Palestinian expatriates are being tightly controlled, under the pretext that these funds could be diverted indirectly and through other countries to Hamas.

Money transfer offices are asking the Palestinians to bring forward strong arguments for conversion, and do not allow the ceiling of one’s money transfer to exceed $3,000.