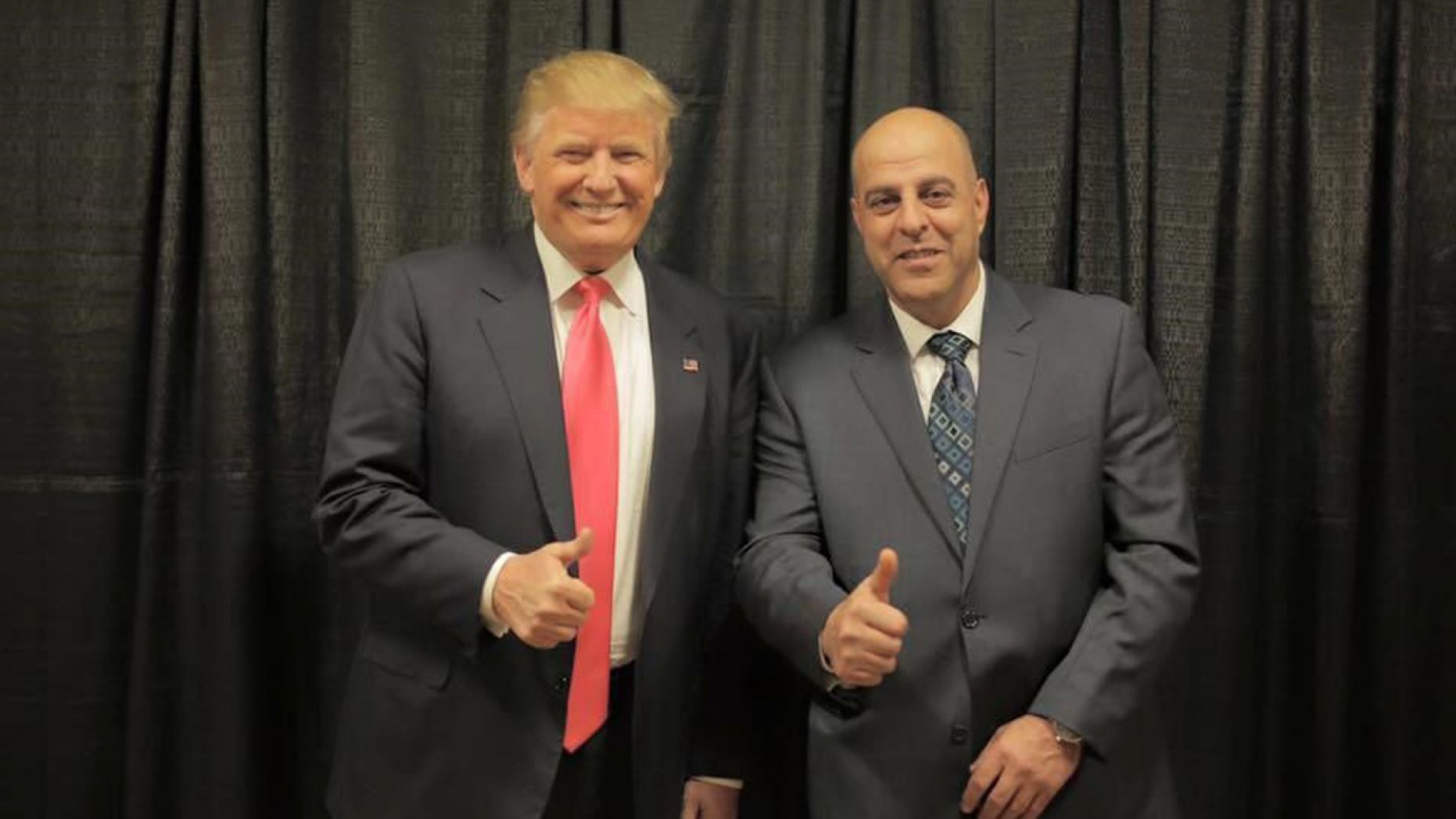 Amer Fakhoury escaped from Beirut, Lebanon on a US military helicopter on March 19. He had been arrested in September, betting his American passport would save him from justice, and it did.  He had been charged and convicted of torture, kidnapping, and collaborating with the enemy in Lebanon, and had received a sentence in absentia of 15 years in prison.  He never did the time, thinking that once he defected to ‘Israel’ in 2000, and then from ‘Israel’ had obtained US citizenship in New Hampshire, he would be untouchable.  The 56-year-old Fakhoury was remembered in Lebanon as “The Butcher of Khiam”, and though he is back in the US now, his name and crimes will never be forgotten in the land of his birth.

“Today we are bringing home another American citizen, Amer Fakhoury,” President Trump said in a briefing with reporters. “It’s hard to put into words how grateful and relieved we are to finally be returning to the United States with Amer,” Fakhoury’s family said in a statement. “We have been through a nightmare that we would never wish on anyone.”  However, there are thousands of Lebanese families who have lived through a nightmare at the hands of Fakhoury.

Senator Shaheen to the rescue

Senator Jeanne Shaheen, Democratic of New Hampshire, is the only woman on the Senate Foreign Relations Committee, and her website claims she “is a champion for women at home and around the globe.”  She has worked on legislation to “investigate and prosecute violent crimes against women.”

“Any time a US citizen is wrongfully detained by a foreign government, we must use every tool at our disposal to free them,” said Senator Jeanne Shaheen, as Mr. Fakhoury flew back to the United States on a military aircraft. “No family should have to go through what the Fakhoury family has gone through.”

Indeed, no family, or woman, or child should have to endure kidnap, wrongful imprisonment, and torture in Khaim Prison under the command of Amer Fakhoury.  The dead and the survivors of Khaim will see no justice, and the Lebanese people are humiliated knowing that the US Embassy in Beirut can rescue the most reviled criminal in their recent history, leaving Lebanese families with the realization that ‘might makes right’, and international justice means nothing to the US State Department.

‘Human Rights Watch’ published a chilling report on October 27, 1999, titled ‘Torture in Khiam Prison: Responsibility and Accountability’. The reports proved what Lebanese and international activists had claimed for years: that ‘Israeli’ intelligence agents were directly involved in systematic acts of torture at the Khiam Prison in southern Lebanon for almost 20 years. The prison was administered, maintained and guarded by the ‘South Lebanon Army’ (SLA), which was ‘Israel’s’ proxy militia that it financed and armed.  The commander of the SLA was General Antoine Lahd, and Amer Fakhoury was an officer under Lahd and was appointed as Warden of Khiam Prison, where thousands of Lebanese men, women, and children were held, tortured, abused and many murdered.

“It is indisputable that systematic torture occurred in Khiam. And the continuing partnership between Israel and the SLA on matters related to this prison implicates Lebanese and Israelis with legal responsibility for criminal actions.”  The report continues, “Israel is obligated under international law to hold accountable and prosecute its own citizens and Lebanese nationals who participated in or condoned acts of torture at Khiam.”

I first toured Khiam Prison in summer 2005, when the prison was a ‘museum’, comparable to Auschwitz; presenting the facts so that the world will never forget, or repeat.  The very next summer of 2006 the ‘Israeli’ air force bombed the site, in an attempt to erase the evidence.

Trump asks for Austin Tice to be sent home from Syria

“Recovering Americans held captive and imprisoned abroad continues to be a top priority for my administration,” Trump said. “We have one young gentleman, Austin Tice, and we’re working very hard with Syria to get him out. We hope the Syrian government will do that. We’re counting on them to do that.”

Austin Tice of Texas was a former US Marine officer, who traveled to the south of Syria, entering from Jordan.  He claimed to be a journalist for US media, but most Americans who have entered Syria during the war, 2011 to present, have done so illegally and as guests of the terrorists, usually, as journalists who will report on the Syrian war from the biased perspective of the terrorists, who are often described as ‘rebels’ and ‘freedom fighters’. On August 14, 2012, he was kidnapped by terrorists who were fighting the Syrian government for ‘regime change’, which was a US-EU-NATO mission supported by the Obama administration, and run out of the US military base in Jordan, and the CIA office in Adana, Turkey.  The kidnappers were following Radical Islam, which is a political ideology, and not a religion nor a sect. His captors made a video of Tice blindfolded and forced to recite an Islamic passage. In 2017, Pres. Trump, cut off the CIA support of the terrorists; however, his administration continues to defend the terrorists in Idlib, who are Al Qaeda and are following the same ideology as those who kidnapped Tice.

“So Syria, please work with us,” Trump said. “And we would appreciate you letting him out. If you think about what we’ve done, we’ve gotten rid of the Isis caliphate for Syria. We’ve done a lot for Syria.”

Debra Tice, the mother of Austin Tice, told Fox News host Tucker Carlson that she feels there is someone at a senior level within the Trump administration who is opposed to continuing negotiations with the Syrian government to secure his release. “And who would want to do that?” Debra asked incredulously.

In June 2017, the New York Times reported that then-CIA Director and current Secretary of State Mike Pompeo had contacted a Syrian government official concerning Tice.  The backchannel negotiations broke down after Trump ordered a missile strike on Syria, in response to a fabricated gas attack in Khan Sheikhoun, carried out masterfully by the terrorists to have the US respond militarily against the Syrian government.

In 2018, national security adviser Robert O’Brien, who was then the US special presidential envoy for hostage affairs, said that he believed Tice was still alive, and the state department said in August 2018 that it believed he was still alive and in Syrian government custody.

US Secretary of Defense, James Mattis, reiterated that the Pentagon still has no independent evidence to confirm that there was a chemical weapons attack in Syria in 2017.

President Obama gave the terrorists in Syria the green light when he gave his ‘red-line’ speech. He promised them he would attack Syria militarily if chemical weapons were used.  The terrorists under the support of US-NATO began a long line of chemical attacks on the Syrian people, always when they were losing ground on the battlefield, knowing that ‘Uncle Sam’ would attack their enemy. Obama knew the sarin used in Damascus was not from Syrian sources, and this is why he declined a planned full military attack on Syria.