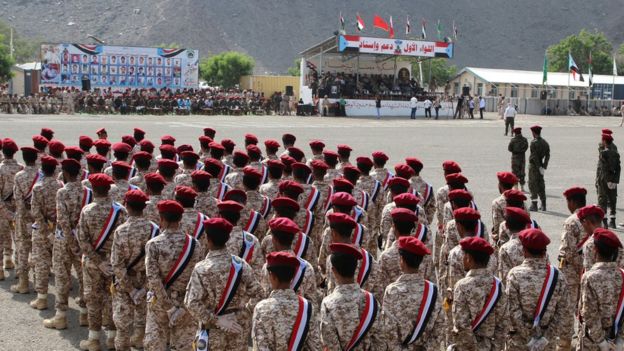 The leader of Yemen’s Houthi Ansarullah movement has warned Saudi Arabia and the United Arab Emirates against continuation of their military aggression against Yemen, saying the United States is simply blackmailing and humiliating the Riyadh and Abu Dhabi regimes to pursue its own agenda.

“The general evaluation and studies confirm that economic losses inflicted on the Saudi regime have been huge and its ambitions have not been realized. The Saudi and UAE economies are suffering from economic crises, and continue to decline,” Abdul-Malik al-Houthi said in a televised speech broadcast live from the capital Sana’a on Thursday afternoon, which marked the anniversary of Saudi aggression against its southern neighbor.

He added, “The Saudi military’s failure is a plain fact despite US protection.”

The Ansarullah chief noted that Saudi Arabia and the UAE have unfortunately presented on image of themselves, which is much worse than the Israeli regime.

“[The United States of] America and Israel want Saudi Arabia and the UAE to be depicted as brutal to replace Israel. There is no point in continuing this aggression after all these failures and losses,” Houthi pointed out.

The Ansarullah leader went on to say that the Saudi-led coalition aims to occupy the entire Yemen, and wrest full control over the nation.

He then called on people from all strata of the Yemeni society to stand against the Saudi-led aggression, emphasizing, “Yemeni people will never surrender to aggression forces.”

Houthi highlighted that enemies have been stunned by the resistance and capabilities of the Yemenis in the face of the ongoing Saudi-led war, stating that the foes have desperately sought to sow the seeds of discord and division among Yemeni people but all to no avail.

“Yemeni people have thwarted enemy plots as they put their trust in God. Their unity and steadfastness is a divine gift,” the Ansarullah chief underscored.

Elsewhere in his remarks, Houthi said that enemies sought the economic collapse of Yemen as part of their all-out aggression against the impoverished Arab country, but they faced the nation’s resistance.

“Yemeni people have helped the axis of resistance greatly over the past five years. The Yemeni nation has made great sacrifices to support forces in battles against aggressors,” he pointed out.

Houthi said Yemeni armed forces have developed great capabilities and managed to manufacture various weapons and military hardware over the past five years, stressing that all such achievements have been made irrespective of ongoing sea, land and air blockade on Yemen.

“The Yemeni military has successfully launched full-scale operations against enemies. Yemeni missile units have created a deterrent force for the country as well,” the Ansarullah leader said.

Saudi Arabia and a number of its regional allies launched a devastating campaign against Yemen in March 2015, with the goal of bringing former president Abd Rabbuh Mansur Hadi and crushing the Ansarullah movement.

The Saudi-led coalition has been widely criticized for the high civilian death toll from its bombing campaign.