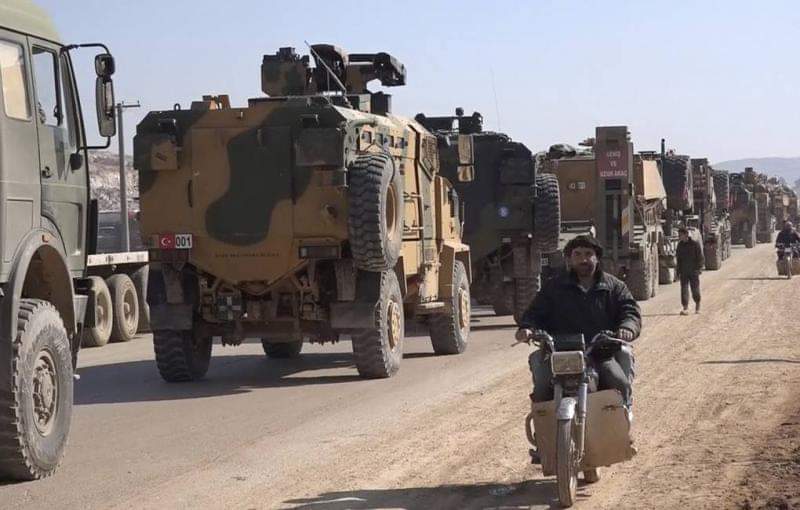 The notorious “moderate rebels” have blown up a bridge on the M4 highway in southern Idlib as part of their effort to sabotage the creation of a security zone in the area.

The Kafr bridge is located near the town of Jisr al-Shughr, near positions of Hayat Tahrir al-Sham and the Turkistan Islamic Party, both of which are linked to al-Qaeda. Surprisingly, pro-opposition sources publicly admit that the bridge was destroyed to hinder Russian-Turkish plans to conduct joint patrols along the M4. After previous acts of sabotage against the deal, supporters of the Idlib “moderates” opted to blame “Russian barbarians”, “sectarian Iranian militias” or the “puppet Assad regime”.

But such claims did not hold water because the rough actions of the Idlib militants were too obvious.

Over the past two weeks, Turkish troops have conducted at least 8 patrols on their own along the M4 highway and participated in 2 joint patrols with Russian Military Police west of Saraqib. However, the presence of the Turkish Army in the area of the supposed security zone did not stop supporters of Idlib armed groups from building barriers with large mounds of earth, blowing up bridges, destroying improvised Turkish road checkpoints and even staging IED attacks on Turkish military columns. The constant threat of terrorist attacks will clearly remain a sad reality of modern Idlib for as long as al-Qaeda-linked groups exist there.

On March 25, a Turkish soldier, Umit Udul, shot himself dead near the town of Ras al-Ayn in northeastern Syria. Kurdish sources claim that he did it as an act of protest against the actions of the Turkish Army in Syria. However, these claims remain unconfirmed. The security situation in the Turkish-controlled part of Syria’s northeast has been deteriorating for months. So, the incident may have been a result of local tensions.

Two Turkish soldiers were killed by the Kurdistan Workers Party (PKK) in Iraq’s Kurdistan Region, in the area of the Turkish anti-PKK operation “Claw”. The Turkish Defense Ministry confirmed the casualties saying that 8 PKK members were “neutralized” in response to the attack.

Rocket strikes continue hitting US-linked facilities across Iraq. Early on March 26, several rockets were launched at the area of the US embassy in Baghdad’s Green Zone. A day earlier, on March 25, unidentified forces shelled Camp Taji, the biggest military base hosting US troops in the country. Regular rocket attacks already forced the US military to evacuate several smaller bases, including the key fortified facility near the Syrian border – al-Qaim. This was done under the pretext of “successes” against ISIS and COVID-19-related issues.

Meanwhile, the US-led coalition itself is collapsing. On March 25, Maj. Gen. Abdul Karim Khalaf, a spokesman for the Commander in Chief of the Iraqi Armed Forces, announced that French troops had withdrawn from Iraqi territory.