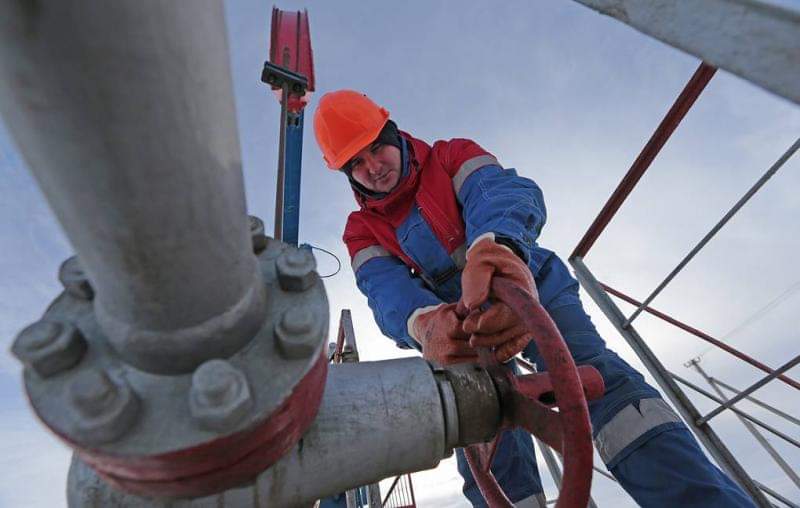 The global economic downturn due to coronavirus and the breakup of OPEC+ has sent the ruble tumbling, which could give Russia an unexpected advantage in the oil price war.

While the ruble is now at its lowest level against the dollar in four years, the cheaper ruble has a silver lining for Russia’s oil producers in the oil price war for market share with Saudi Arabia. The collapse of the OPEC+ deal and oil prices has hit Russia’s financial markets and currency, leading to a sharp drop in the ruble versus the US dollar. The lower the ruble slides against the US dollar, the lower the production costs of Russian oil companies in US dollars are.

To be sure, a crumbling ruble is not the preferred outcome of the oil price collapse for Russia’s monetary system and foreign currency reserves. Still, it could help Russian oil firms to have lower costs in US dollars for their operations.

According to calculations by Reuters, the lifting cost per barrel of oil equivalent of Russia’s largest oil producer, state-controlled Rosneft, is now lower than the costs of Saudi Arabia’s oil giant Aramco. And this is due to the falling ruble against the dollar. On the other hand, Saudi Arabia’s currency, the riyal, is pegged to the dollar at a fixed exchange rate, so the dollar costs for Saudi Aramco are the same before and after the oil price collapse and the collapse of the OPEC+ coalition.

Last year, the average lifting cost in dollars per barrel of oil equivalent of Rosneft was $3.10. This compared to a $2.80 cost per barrel for Saudi Aramco, as per company financials cited by Reuters.

The crumbling ruble has now cut Rosneft’s cost to $2.50 per barrel, while Aramco’s cost is the same because of the fixed exchange rate with the riyal peg to the dollar, Reuters calculations show.

Last week, Rosneft’s chief executive Igor Sechin, the most vocal critic in Russia of the now-collapsed OPEC+ pact, said that Rosneft’s operating costs are comparable to those of Saudi Aramco. Rosneft could even have higher efficiency because, unlike Saudi Arabia, it is not dumping the price of its oil.

Our operating costs are comparable to those of Saudi Aramco. Our cost is $3.10 per barrel, theirs is somewhere in the $2.50-2.80 range,” Sechin told news channel Rossiya 24.

We can work efficiently and without dumping prices, as they [Saudi Arabia] do. Therefore our efficiency could even be higher than theirs,” Sechin said.

Not everyone in Russia is as certain as Sechin that their company is beating Aramco in terms of low costs of production at a time of crumbling oil prices.

Oil at $25 a barrel is catastrophic, Fedun said, adding that the OPEC+ deal collapse and the Saudi-Russian “war until exhaustion” that follows are the main reasons for the lowest oil prices in years.

Admitting that the coronavirus pandemic hits economies and oil demand everywhere, Lukoil’s Fedun said that if OPEC and Russia had agreed to continue the cuts and cooperation, oil prices would now have been at around $50 a barrel.

Asked to comment on Fedun’s assessment of ‘catastrophically’ low oil prices, the Kremlin spokesman Dmitry Peskov said on Friday that the oil price collapse was not “catastrophic” but a “very unpleasant pricing environment.”

Russia has sufficient buffers to cope with the situation, Peskov told reporters, reiterating the official Russian position that it can live with oil prices so low for up to ten years.

Last week, Moscow admitted that its revenues from oil and gas would be US$39.5 billion (3 trillion rubles) lower than planned due to the tumbling oil prices and that Russia’s budget would be in deficit this year.

The collapse in oil prices and the outlook for severe demand destruction in the coronavirus pandemic may have some Russian companies rethink earlier policies to boost production as of April 1 when the OPEC+ pact expires, comments from a Russian oil executive suggest

On Monday, executives from Russia’s top oil firms met with energy minister Alexander Novak for the second time in three weeks since the OPEC+ breakup and the price collapse.

Tatneft’s CEO, Nail Maganov, who boasted two weeks ago that even $8 oil is not critical for the company, told reporters after Monday’s meeting that it may not be economically feasible for Russian firms to boost production from April, due to the coronavirus pandemic.

“If it weren’t for the coronavirus, there would have been economic sense to increase production. Hardly anyone could have predicted such a collapse in prices,” said Maganov, quoted by TASS.

Russia is reportedly confident of beating the Saudis in the pump-at-will-for-market-share game. But in the end, the game could turn out to be whose state finances will withstand the self-damaging price war amid demand so depressed that even taking 10 million bpd off the oil market now would not balance it.