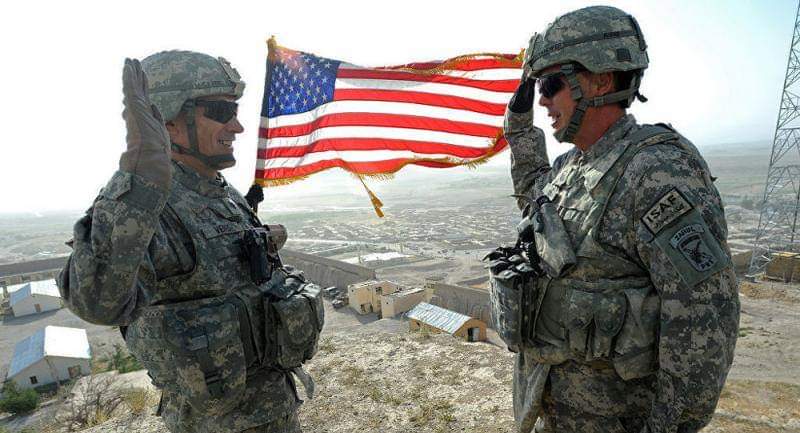 An  Iraqi security source says the US-led military coalition purportedly formed to fight the Takfiri terrorist group of Daesh has handed over a strategic air base in the northern province of Nineveh to the Arab country’s military.

The source, speaking on condition of anonymity, told the Arabic service of Russia’s Sputnik news agency on Thursday that forces from the US-led alliance departed Qayyarah Airfield West, which lies some 70 kilometers (43.4 miles) south of Mosul and on the west bank of the Tigris River, and handed it over to Iraqi government troops.

“The coalition will operate from fewer locations, but remains committed to supporting our partners in their fight against Daesh,” Brigadier General Vincent Barker of the coalition said in a statement.

Earlier, an unnamed source told Sputnik that American military aircraft had started the transfer of the logistics of the US-led coalition forces from the air base to another location in Iraq, until the withdrawal process is fully completed.

The development came only a day after French troops in the US-led military coalition left Iraq.

Major General Abdul Karim Khalaf, the spokesman for the Commander-in-Chief of the Iraqi Armed Forces, told the official Iraqi News Agency on Wednesday that “French troops had left the Iraqi territory, and that the US-led coalition had cleared the air base.”

“Their departure comes under agreements conducted with the Iraqi government,” Khalaf added without elaborating.

Back on March 21, an Iraqi military source said US troops were planning to withdraw from two bases in Iraq’s northern provinces of Kirkuk and Nineveh, only a few days after forces from the US-led military coalition pulled out from a base on the Iraq-Syria border.

The source, speaking on condition of anonymity, told Lebanon’s Arabic-language al-Akhbar newspaper in an exclusive interview that the US forces intended to evacuate their bases in the oil-rich Kirkuk region and Qayyarah district after withdrawal from al-Qa’im base, which was established in late 2017.

“The second withdrawal [of US forces] will include the K1 camps in Kirkuk province, and Qayyarah district in Nineveh province. There are also talks of pullout from three other bases close to the Iraqi capital, Baghdad,” the source added.

The source highlighted that the US-led coalition has already informed the Iraqi government of its intention to withdraw from the bases and facilities it runs in the near future.

On March 17, troops from the US-led coalition pulled out from al-Qa’im base in western Iraq on the border with Syria.

The withdrawal came amid an uptick in rocket attacks targeting Iraqi military bases hosting US troops.

Iraqi lawmakers unanimously approved a bill on January 5, demanding the withdrawal of all foreign military forces led by the United States from the country following the assassination of Lieutenant General Qassem Soleimani, the commander of the Quds Force of the Islamic Revolution Guards Corps, along with Abu Mahdi al-Muhandis, the deputy head of the Iraqi Popular Mobilization Units (PMU) – better known by the Arabic name Hashd al-Sha’abi, and their companions in a US airstrike authorized by President Donald Trump near Baghdad International Airport two days earlier.

Later on January 9, Adel Abdul-Mahdi, the former Iraqi prime minister, called on the United States to dispatch a delegation to Baghdad tasked with formulating a mechanism for the move.

According to a statement released by his office at the time, Abdul-Mahdi “requested that delegates be sent to Iraq to set the mechanisms to implement the parliament’s decision for the secure withdrawal of (foreign) forces from Iraq” in a phone call with US Secretary of State Mike Pompeo.

The 78-year-old politician said Iraq rejects any violation of its sovereignty, particularly the US military’s violation of Iraqi airspace in the assassination airstrike.