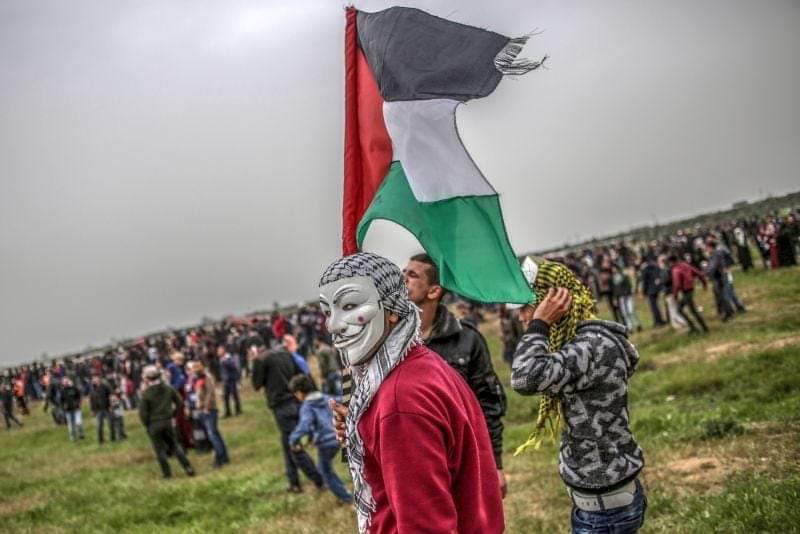 Palestinian people in Gaza Strip have staged an anti-occupation rally despite concerns about the spread of coronavirus.

The Monday rally was held in the besieged enclave on the anniversary of the Palestinian Land Day, which is marked on March 30 every year.

From March 30, 2018 onward, Palestinians in Gaza have held weekly “Great March of Return” protest rallies against the Israeli occupation of their lands, demanding the return of those driven out of their homeland by Israeli aggression during the past decades.

According to the Palestinian Information center, Israeli forces have killed some 350 protesters during the weekly demonstrations. Nearly 31,000 others have been injured in the rallies.

This year, Palestinian groups first called for holding mass rallies along the border with the Israeli regime to mark the second anniversary of the “Great March of Return”, but on Saturday they announced that the planned rallies were cancelled over the pandemic.

However, the rally was staged on Monday despite concerns over the outbreak of the novel virus in Palestine.

UN Humanitarian Coordinator for the Palestinian Territories Jamie McGoldrick has warned that the densely populated and impoverished enclave’s healthcare system does “not have the capacity to deal with the large number of cases in case of an epidemic.

A sharp rise in those stricken by the disease “would lead to a breakdown of the health system itself,” he said.

The absence of enough ventilators is particularly worrisome. There are only 60 ventilators in the Gaza Strip for all medical emergencies for the population of two million, McGoldrick said. That means some already are in use for reasons not related to the coronavirus. There is also a lack of testing kits, protective gear and intensive-care equipment for patients on ventilators.

“Everyone around the globe is chasing the same equipment,” he said.

Thirteen-years of Israeli siege and occupation “has taken its toll on the economy and public services including health,” McGoldrick told Jerusalem Post.

There were nine coronavirus cases in Gaza and 97 in the West Bank at last count. But testing has been limited primarily to those with symptoms who had been outside the two regions.