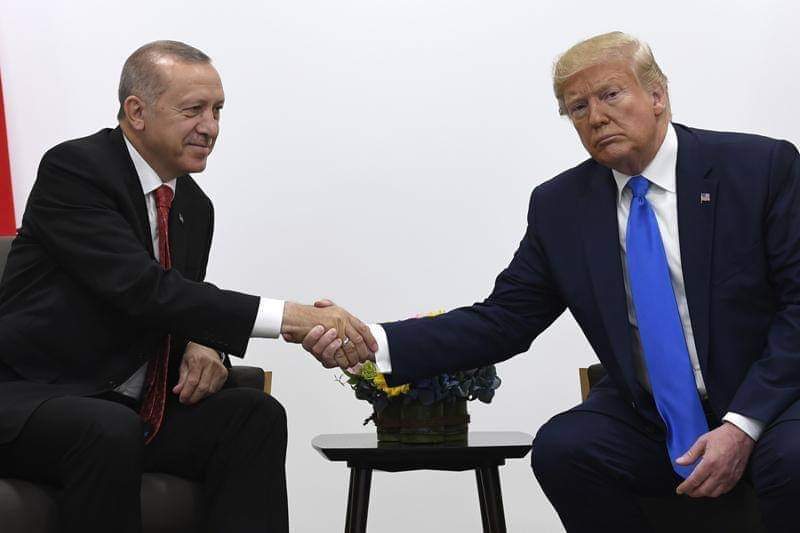 In January, an international conference on Libya took place in the German capital, counting Russia, the United States, the European Union, Turkey, and Egypt among its participants. The sides agreed to a ceasefire and for third parties not to be involved in the conflict.

US President Donald Trump and his Turkish counterpart Recep Tayyip Erdogan have spoken by phone about efforts to “defeat the virus and bolster the global economy”, the White House said in a statement.

The presidents underlined the need for ceasefires in Syria and Libya during the coronavirus pandemic, according to a White House statement.

Trump and Erdogan “agreed it is more important now than ever for countries in conflict, particularly Syria and Libya, to adhere to ceasefires and work toward a resolution”, the White House said.

A day earlier, United Nations Under-Secretary-General for Humanitarian Affairs and Emergency Relief Coordinator Mark Lowcock called for lifting the sanctions against Syria that could undermine the country’s capacity to suppress the coronavirus (COVID-19) outbreak.

Moscow has previously called for the lifting of US sanctions on Damascus in order to aid the country’s economic recovery and to create the necessary conditions for the return of Syrian refugees.

A ceasefire in the Syrian province of Idlib has been in place since 6 March after a deal was struck between President Putin and his Turkish counterpart Recep Tayyip Erdogan amid rising tensions.

On 19 March, the GNA expressed support for the international call for a ceasefire in Libya, reaffirming its support for the UN Security Council’s Resolution 2510, which calls for the cessation of hostilities between the parties to the conflict.

Prior to that, in February, the warring parties in Libya agreed to a draft ceasefire deal negotiated during the second round of 5+5 talks in Geneva that would allow for the safe return of civilians to their homes under the auspices of the United Nations Support Mission in Libya.