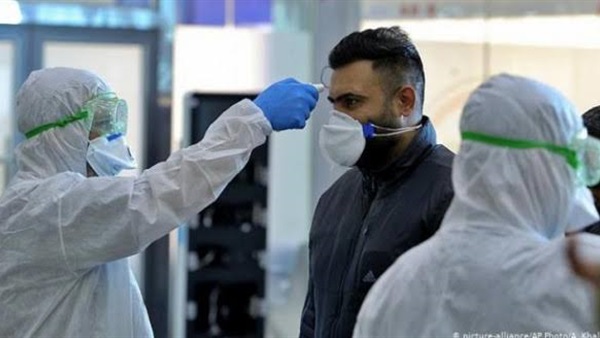 Israel and Saudi Arabia have launched crackdown on certain population centers as cases of COVID-19 infections surge there.

According to the Saudi SPA state news agency, the kingdom will advance a pre-existing curfew to 3 pm local time in the Eastern Province’s Dammam city and Qatif Governorate along with the Makkah Province’s Ta’if Governorate starting on Friday.

With 1,885 recorded infections and 21 deaths, the Saudi kingdom is worst affected among the six Persian Gulf Cooperation Council states.

The curfew extension comes as observers fear that Saudi authorities may be seeking to use allegedly coronavirus-related measures to crack down on human rights and anti-regime activists such as in the Shia-dominated Eastern Province.

Residents of the Eastern Province have long demanded an end to what they say is discrimination by the Riyadh regime.

Also on Friday, Israeli police, wearing surgical masks and gloves, threw up metal barricades and roadblocks to seal off the ultra-Jewish Bnei Brak town, which is close to the capital Tel Aviv and is severely affected by the coronavirus.

Tel Aviv has announced the city as a “restricted zone”, allowing authorities to tighten curbs on public movement.

Medical experts estimate that as many as 38% of Bnei Brak’s 200,000 residents may be infected with coronavirus and that the town could soon account for as many as 30% of cases in 8.7 million people in Israel.

With close to 7,000 confirmed infections and at least 34 deaths, Israel has introduced tight curbs confining Israelis to their homes, forcing businesses to close and sending unemployment to over 24%.

The strict movement regulations come after Tel Aviv approved an order in March allowing its spy agency Shin Bet to use intrusive methods to spy on and track COVID-19 patients.

Observes worry that the order will allow the Israeli regime to track down individuals in the occupied territories with greater impunity.

In Iraq, Communications and Media Commission said it has banned the Reuters news agency from operating in the country for three months over a report it published a day earlier undermining official figures.

The commission added that the agency was fined $20,000 and asked to apologize due to the story which had endangered “social security”.

The Reuters report, which was also rejected by the country’s Health Ministry, claimed that Iraq has “thousands of confirmed COVID-19 cases, many times more than the 722 it has publicly reported.”

Reuters has a habit of peddling unverifiable claims by citing what are usually unnamed officials in its reports.

Iraq’s measure against the news agency comes as numerous states have stepped up efforts to contain the spread of fake news regarding the coronavirus outbreak.