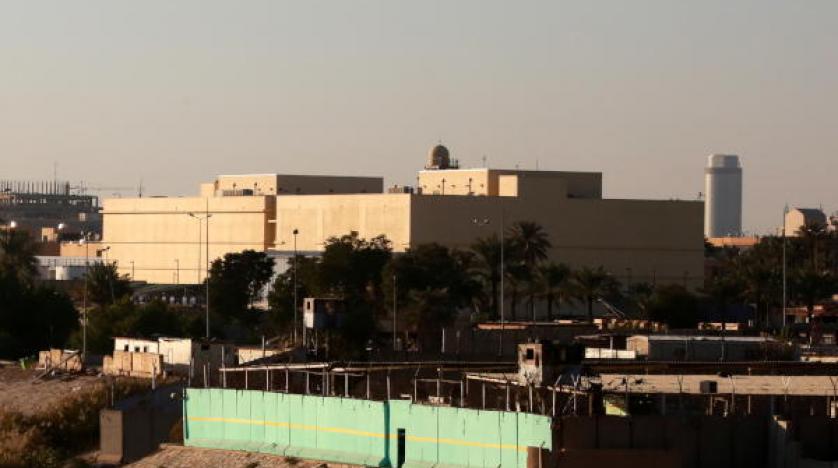 On April 2, Usbat al-Tha’ireen (UT), a newly-formed Iraqi armed group, released an aerial footage of the U.S. embassy in the capital, Baghdad.

The 3-minute video, which was apparently taken by a small drone, shows the embassy’s buildings in details. Located in Baghdad’s highly-secured Green Zone, the U.S. embassy is the largest and most expensive embassy in the world, and is nearly as large as Vatican City.

“U.S. embassy in Iraq, are our eyes are observing their movements … They will not get what they want,” A message in the end of the video reads.

UT announced its presence on March 15 claiming responsibility for recent rocket attacks on U.S. forces in Iraq, including the March 11 Camp Taji strike. Three U.S.-led coalition service members were killed in the strike, which provoked a U.S. military response.

The U.S. embassy in Baghdad was the target of several rocket attacks over the last months. UT is yet to clarify if it was responsible for these attacks.

UT released on March 17 a video message titled “the story is not yet complete,” in which the group renewed its threats to U.S. forces in Iraq. The group also revealed that its capabilities are larger than what it has used so far.

The group’s vocabulary and behavior are in-line with those of Iran-affiliated Shiite factions in Iraq, like Kata’ib Hezbollah (KH).

The U.S. has not addressed UT’s threats and statements, thus far. However, President Donald Trump claimed that Iran-affiliated groups are preparing new attacks on U.S. troops in Iraq, threatening with fierce response.