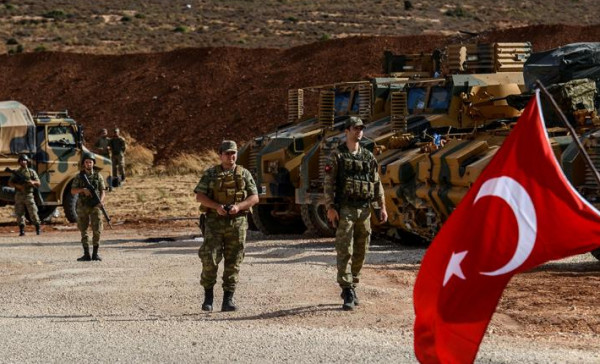 “Turkish forces stationed at the Yashli base shelled, this evening, gatherings of regime forces in the town of Arab Hassan, west of Manbij,” the Syrian Observatory for Human Rights (SOHR) said in a report.

According to the London-based monitoring group, the artillery strike injured two officers of the SAA, both holding the rank of Lieutenant.

The SAA deployed several units around Manbij in the last few years under agreements with the Syrian Democratic Forces (SDF) and the city’s military council. This deployment helped prevent a Turkish-led attack on the Arab-majority city.

Unjustified Turkish attacks on SAA units in SDF-held areas are becoming more frequent. On April 2 morning, Turkish forces shelled a checkpoint of the army in northern al-Hasakah. As a result, two service members were killed and at least five others were injured.

The SAA is not responding to these strikes. This will likely encourage the Turkish military and its proxies to carry on with their hostile acts.