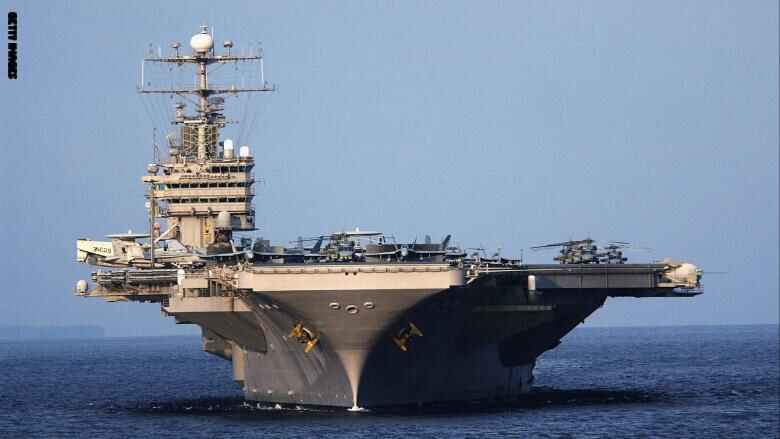 The US Navy has fired the commander of an aircraft carrier who had warned American sailors aboard the vessel would die unless the coronaviru-hit ship was evacuated.

Captain Brett Crozier, the commanding officer of the aircraft carrier Theodore Roosevelt with 5,000 people onboard, had called for help to save the lives of his sailors after an unconfirmed number tested positive for Covid-19 more than a week ago while the carrier was in the pacific.

In a letter, which was published by the San Francisco Chronicle and caught the Navy by surprise, Crozier described how bleak the situation was onboard the nuclear-powered carrier as more sailors were diagnosed with the virus.

He wrote in the memo to the Navy’s Pacific Fleet that the carrier lacked sufficient quarantine and isolation facilities, warning the current strategy would slow but fail to eliminate the virus.

However, on Thursday, acting Secretary of the Navy Thomas Modly announced that Crozier had been “relieved of command.”

He added that the captain was removed not because of any evidence suggesting he disclosed the memo to the press, but rather for loss of confidence.

Crozier had allowed “the complexity of his challenge with the COVID breakout on the ship to overwhelm his ability to act professionally when acting professionally was what was needed the most at the time,” Modly told reporters.

“I have no information nor am I trying to suggest that he leaked the information. It was published in the San Francisco Chronicle. It all came as a big surprise to all of us that it was in the paper and that’s the first time I had seen it,” he added. “What I will say, he sent it out pretty broadly and in sending it out broadly he did not take care to ensure that it couldn’t be leaked and that’s part of his responsibility in my opinion.”

The navy, which puts the ship’s complement at 5,000, the equivalent of a small American town, has so far declined to confirm the exact number of people tested positive.

The ship has pulled into port in Guam, a US island territory in the western Pacific, since the first cases were confirmed. The island of Guam is the hotspot of the virus in the Pacific region and is already struggling to deal with the nearly 60 confirmed cases there.

Crozier’s letter does not say where the sailors would be transferred to, but did note that there would be “challenges” in securing individual accommodation for the people onboard to safely quarantine themselves for 14 days.