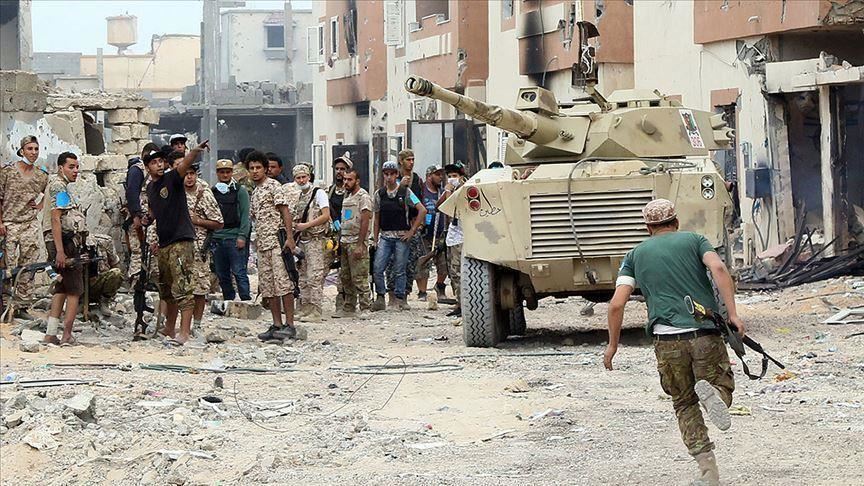 The number of Syrian militants who were killed fighting for the Government of National Accord (GNA) in Libya has risen to 165, the Syrian Observatory for Human Rights (SOHR) revealed on April 5.

According to the London-based monitoring group, nine militants from the Mu’tasim Division, the Sultan Murad Division, the Northern Hawks Brigade, the al-Hamza Divsion and the Suleyman Shah Brigade were killed during clashes with the Libyan National Army (LNA).

“According to the observatory’s sources, the dead [militants] were killed during clashes on the axes of Salah Al-Din neighborhood south of Tripoli, the Ramla axis near Tripoli airport and the axis of the al-Hadba project, also in the battles of Misrata and other areas in Libya,” the SOHR’s report reads.

Earlier this week, the bodies of six militants who were killed in Libya arrived in the Turkish-occupied part of the northern Aleppo countryside.

Turkey deployed thousands of its Syrian proxies in Libya over the last few months to support pro-GNA forces, which are facing an all-out attack by the LNA.

Initially, Syrian militants were promised a monthly salary of up to $2,000. However, they are yet to be paid. According to the SOHR, Ankara is still withholding the salaries of its proxies for unknown reasons. This is leading to serious tension among the militants.

The intervention in Libya is yet to result in any achievement for Turkey. In fact, Ankara appear to be getting dragged to a lost battle in the war-torn country.