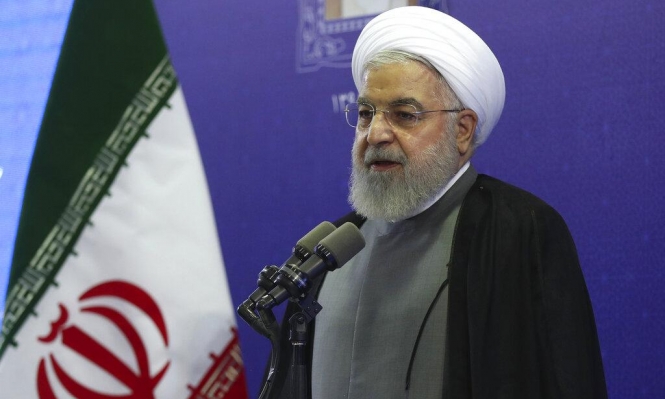 Iran remains the country worst hit by the new virus in the Middle East, with the death toll climbing to 3,452 on Sunday.

Iranian President Hassan Rouhani has stated that “low-risk economic activities” will resume in the country as of 11 April amid the ongoing coronavirus pandemic.

According to him, the move will be implemented “under the supervision” of the Iranian Health Ministry.

“Two thirds of all Iranian government employees will work out of the office from Saturday […] the decision does not contradict stay at home advice by the health authorities”, Rouhani pointed out.

The statement comes after he said in mid-March that Tehran had taken all measures to contain the virus outbreak under the current circumstances.

He added that even though all countries are “currently battling with the virus”, the situation in Iran is “different from theirs”.

“The capabilities and measures taken by the government in fighting the coronavirus in the face of the US maximum pressure and the inhuman impacts of the sanctions are already remarkable even when compared with the measures taken by other countries”, Rouhani stressed.

He pointed to the fact that the renewed US sanctions on his country have “caused about $200 billion in direct damages to the Iranian economy in less than two years”.

Earlier, Tehran urged Washington to lift sanctions because they are hindering Iran’s response to the coronavirus outbreak, which has already claimed the lives of 3,452 people in Iran, according to the country’s Health Ministry. Some 158 deaths have been recorded over the past 24 hours, Health Ministry spokesman Kianoush Jahanpur said.

The United States reimposed crippling economic sanctions on Iran in mid-2018 that were waived under the 2015 nuclear deal with Tehran, after accusing it of breaching the Joint Comprehensive Plan of Action (JCPOA).

The sanctions were reinstated as President Donald Trump announced Washington’s unilateral withdrawal from the deal, which prompted Tehran to announce the suspension some of its JCPOA obligations in 2019.