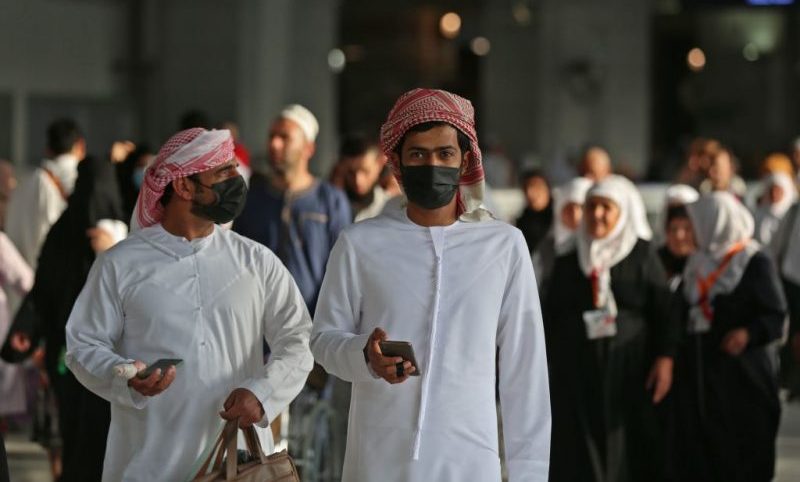 Saudi Arabia and the UAE have adopted fresh measures to tackle the novel coronavirus (COVID-19) pandemic amid an uptick in the number patients in both Persian Gulf countries.

Saudi Interior Ministry announced a lockdown and a partial curfew in seven neighborhoods of the port city of Jeddah starting on Saturday.

The ministry said in a statement that residents in those districts could only go out for grocery shopping and medical care between 6 a.m. and 3 p.m. local time and that movement in and out of the areas will be restricted.

The kingdom had already taken similar measures in Dammam, Ta’if and Qatif to rein in the highly contagious virus, which first showed up in China in late December 2019 before spreading to
other parts of the world.

Saudi Arabia has so far reported 2,370 cases of confirmed infections and 29 deaths. It is the worst-hit country by the coronavirus outbreak among the Persian Gulf Cooperation Council (GCC) member states.

Also on Saturday, the UAE extended indefinitely its de facto overnight curfew, which was enforced on March 26, to disinfect public areas by spraying streets, parks and public transport facilities.

The state-run news agency WAM reported that the disinfection drive runs from 8 p.m. to 6 a.m. local time, during which people must stay at home.

Meanwhile, Dubai’s Supreme Committee of Crisis and Disaster Management said the lockdown in the emirate would now run around the clock for two weeks.

WAM reported that mobility would be restricted in Dubai and legal action would be taken against violators though supermarkets and pharmacies as well as food and drug delivery services would continue to operate as normal.

Under the new measures, Dubai residents can only leave their homes except for essential purposes and just one family member is permitted to go out at any one time while people working in vital sectors, or those exempted from the restrictions, will not be affected.

Additionally, Dubai’s metro and tram service will be suspended for two weeks and free bus transportation and a 50 percent discount on taxi rides will be offered during the lockdown.

The UAE has confirmed 1,505 coronavirus cases and 10 deaths.

On Saturday, Kuwait announced its first death from the coronavirus, which can cause potentially fatal respiratory malfunction.

Citing a health ministry spokesman, state news agency KUNA reported that the total number of people diagnosed with the disease in the country had risen by 62 over the past 24 hours to 479.

Meanwhile, Israel intensified restrictions on movement and urged people to wear face masks in public to better protect themselves and others from the fast-spreading virus.

Reports say the Israeli health ministry is discussing the closure of localities and neighborhoods in the occupied territories which have recorded an abnormal rise in coronavirus-related
morbidity.

So far, 8,018 Israelis have tested positive for the coronavirus and 46 people have died.

In the West Bank and the Gaza Strip, 205 and 12 coronavirus cases have been diagnosed, respectively.

On Friday, Hanan Ashrawi, a member of the Palestine Liberation Organization’s Executive Committee, said the Israeli occupation is undermining Palestinian efforts in the battle against the coronavirus.

“Instead of undermining the Palestinian efforts, Israel should have respected its duty as an occupying power and protected the Palestinians,” she stressed.

Ashrawi also accused the Tel Aviv regime of exploiting the world’s involvement in the virus fight to increase its Judaization of Jerusalem al-Quds in violation of the international law and the
international human rights conventions.

“The apartheid Israeli occupation is the real threat to the lives of tens of thousands of Palestinians in Jerusalem and outside it, who are facing the coronavirus,” she noted.

The Palestinian official further called on the international community to stop the Israeli violations against the Palestinian Authority (PA) amid the coronavirus crisis.

The World Bank on Saturday announced a grant worth $5.8 million for Palestinian Authority in support of its battle against the coronavirus.

It said in a statement that its grant is meant to enable the Palestinian Authority to meet the urgent health requirements during the pandemic.

On Saturday, Turkish Heath Minister Fahrettin Koca tweeted that confirmed coronavirus cases in the country had surged by more than 3,000 to 23,934, with deaths rising by 76 to 501.

Turkish President Tayyip Erdogan announced a partial curfew on citizens under the age of 20 effective from midnight on Friday to curtail the pandemic.

He said Turkey had decided to shut down the borders of 31 cities, including Istanbul, for all vehicles, excluding transit passage and essential supplies such as food, medical and sanitary products, to contain the disease.

The World Health Organization (WHO) warned that governments in the Middle East need to act swiftly to limit the spread of the coronavirus.

“New cases have been reported in some of the most vulnerable countries with fragile health systems,” said Ahmed Al-Mandhari, the WHO’s director for the Eastern Mediterranean region.

“Even in countries with stronger heath systems, we have seen a worrying spike in the numbers of cases and deaths reported.”

Mandhari warned that the number of infections in the region indicated that the virus was spreading “rapidly” at local and community level.

“We still have a window of opportunity, but this window is slowly closing day by day.”