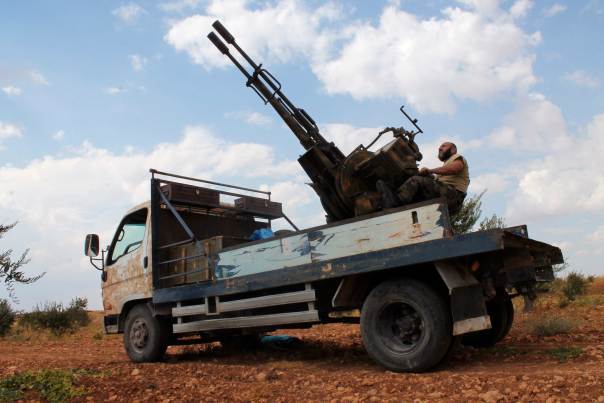 The Turkish-backed militants in northeastern Syria were involved in a deadly firefight with one another on Sunday, resulting in several dead and wounded, Kurdistan 24 reported.

According to the publication, at least eight Turkish-backed militants were killed during the firefight, with many more reportedly wounded as a result of the violence in the Al-Hasakah Governorate town of Ras Al-‘Ain.

“The clashes lasted for hours in the main street of the town and in a neighborhood near the Turkish border between two armed groups upon a conflict for sharing shops and stores left by their owners who fled the town after the Turkish incursion in October,” Ibrahim, a Syrian Arab worker who asked to conceal his true name for security reasons, told Kurdistan 24.

The civilian source told the publication he was passing through the main street of Ras Al-‘Ain when the clashes first erupted: “I was going to be killed as I managed to hide in a shop for hours until the clashes halted.”

It is not clear what caused the infighting in Ras Al-‘Ain on Sunday; however, the Turkish-backed militant factions in the Euphrates River Valley region have often clashed with one another over stolen goods and occupying spaces in captured areas.