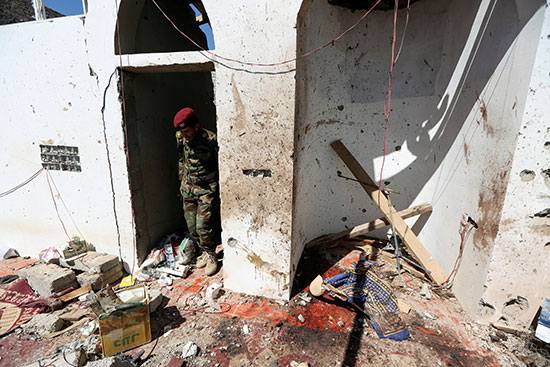 Yemeni army and popular committees have purged areas in eastern al-Jawf Province of Takfiri militants and uncovered homes-turned-prisons that were run by the Daesh terrorist group.

Yemen’s al-Masirah TV channel released footage that uncovered prisons run by Daesh, and the cooperation between the terrorists and the Saudi-led coalition against Yemen in al-Jawf.

The video showed that Daesh terrorists had turned homes in al-Marwan district in eastern al-Jawf into prisons. It showed the basements where women and children had been tortured.

According to the report, Saudi Arabia conduced 15 airstrikes on factories used by al-Qaeda terrorists to make explosive devices and booby-trap cars shortly after the area was seized by the Yemeni forces in order to remove evidence and hide plans hatched against the Yemeni people.

On Monday, a civilian was killed and two others were injured in shelling of residential homes by Saudi mercenaries in the province of Hudaydah.

According to Yemeni media outlets, Saudi-led militants violated the ceasefire in the province 108 times on Sunday. The violations included 32 artillery and rocket attacks.