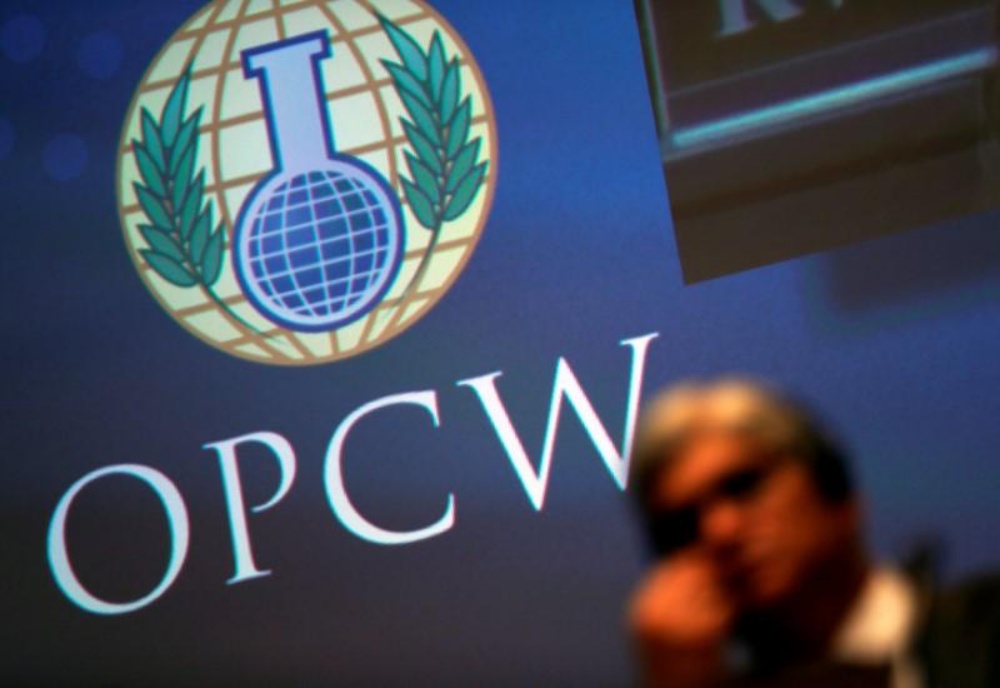 On Wednesday, the Organisation for the Prohibition of Chemical Weapons issued a report accusing the Syrian government of carrying out a series of chemical attacks on a Syrian town in late March 2017.

The latest report by the Organisation for the Prohibition of Chemical Weapons is a fabrication based on materials prepared by Nusra terrorists*, the Syrian Foreign Ministry said in a statement on Thursday.

“The OPCW’s report on the use of chemical weapons in the village of Latamna in 2017 contains fake and fabricated conclusions aimed at misrepresenting the facts and accusing the Syrian authorities. The report relied on sources prepared and fabricated by the Jabhat al-Nusra terrorists* and the so-called White Helmets under the instructions of their leaders in the United States, Turkey and other Western countries,” the ministry said, as quoted by state TV.

The Foreign Ministry also compared this report with the one on the alleged use of chemical weapons in Douma, noting that the present publication is another “disgrace” for the organisation.

Accusations of Chemical Weapon Use Against Syria

The international community in 2018 was quick to condemn Syria after footage was released, purportedly showing people poisoned by a chemical attack in Douma, near Damascus. The Syrian government denied carrying out the attack, calling into question the authenticity of the footage.

In the latest report, released on Wednesday, the OPCW accused the Syrian air forces of dropping bombs containing sarin and chlorine on Hama province in 2017.

Damascus has repeatedly accused the OPCW of expressing a bias in its investigations and has questioned their conclusions. The Syrian government has stressed that they have never used chemical weapons against civilians or terrorists, and that the entire chemical arsenal of the country was taken out of Syria under the surveillance of the OPCW.