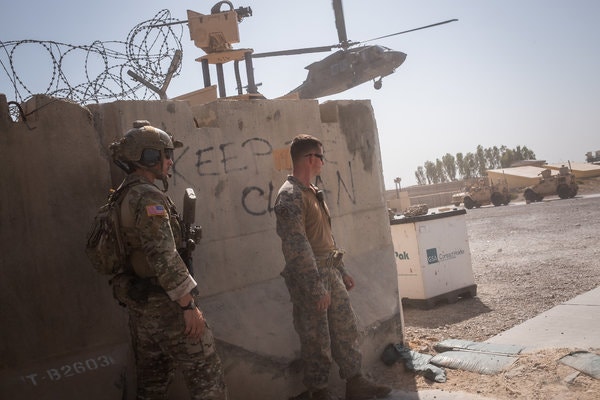 ISIS takes credit for attack on Bagram Airfield, largest US military base in Afghanistan, as Taliban fighters walk free

The terrorist group Islamic State has claimed responsibility for shelling a US military base near Kabul. There were no casualties reported in the incident, but the attack comes amid a sensitive prisoner exchange with the Taliban.

Rockets were fired on Thursday morning from a vehicle parked in the nearby Qalacha area, a spokesman for the Afghan interior ministry said. The car burned out in the aftermath.

Purported photos of the launch site showed a five-projectile rack hidden inside the luggage compartment of a charred car.

The attack comes as the Afghan government proceeds with the release of Taliban prisoners agreed as a prerequisite for peace talks with the militant movement. Some 100 fighters had been set free on Wednesday, with another batch scheduled to be released near the Bagram base on Thursday.

Islamic State (IS, formerly ISIS) claimed responsibility for the attack, with hostilities ongoing between the group and the Taliban

The government is required to free 5,000 Taliban prisoners, with the Taliban releasing 1,000 members of the Afghan security forces in exchange. There is disagreement over the procedure, however, and whether senior Taliban commanders would be covered by the deal.