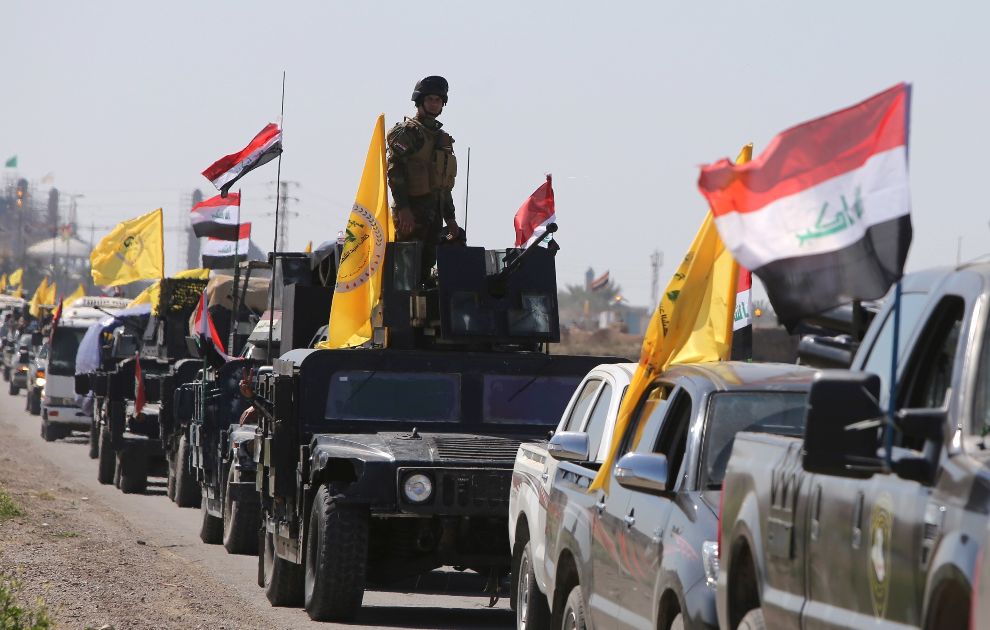 A newly-established Iraqi armed group identifying itself as Qabdat al-Hudaa (QH) has threatened the American and British ambassadors in the capital, Baghdad.

In a statement released on April 9, the mysterious group called on both ambassadors to depart the country within 48 hours, vowing to kill them

“According to information we received, the American forces of evil are planning to carry out an attack against the blessed Islamic resistance factions and the Iraqi people, so we tell them that out eyes are monitoring you in everywhere, and to the American and British ambassadors in Baghdad [we say] if you don’t leave Iraq within 48 hours you will be leaving dead bodies, forewarned is forearmed,” the statement reads.

The new faction is named after a group of Shiite scholars who were executed by Saddam regime in 1974. The five scholars, headed by al-Arif al-Busri, were among the very first leaders of the Islamic Dawa Party that later supported the Islamic Revolution in Iran.

Usbat al-Tha’ireen (UT), the faction that claimed responsibility for the March 11 rocket attack on Camp Taji killing three U.S.-led coalition personnel, was among the first groups to became active after the incident. Another group is ‘Ashab al-Kahf (AK), which allegedly attacked a logistics convoy of U.S. forces in Saladin earlier this week.

Other major Shiite armed group like Kata’ib Hezbollah (KH) have been threatening U.S. forces for a while now. However, they are yet to take action.

The U.S.-led coalition is taken these threats seriously, withdrawing a large part of its troops and repositioning others in well-protected bases. These measures will not likely be so useful, if Iraqi factions decide to go for an “open war” with U.S. forces.