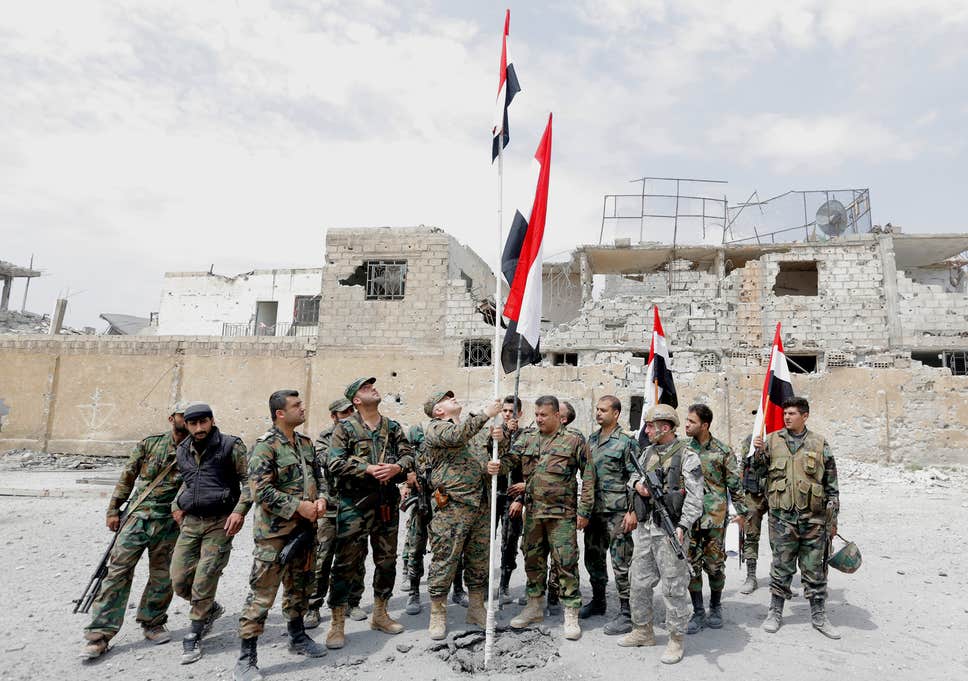 Syrian forces have thwarted a major attack by Daesh terrorists against the central province of Homs, killing some  22 of the terrorists in fierce clashes.

The so-called Syrian Observatory for Human Rights said government forces backed by Russian airstrikes were battling the Takfiri terrorists to prevent them from entering the desert town of al-Sukhna in Homs.

The UK-based monitoring group also claimed that at least 27 Syrian forces had been killed during the clashes.

The offensive came as the European Union said it is considering more sanctions on Syria as the war-wracked Arab country is combating the spread of the coronavirus.

In a statement on Thursday, EU foreign policy chief Josep Borrell welcomed a report by the Organization for the Prohibition of Chemical Weapons (OPCW) which blamed Syria for alleged toxic attacks in western Hama region in late March 2017, saying that the 27-member bloc is ready to consider further sanctions on Damascus.

“The European Union has previously imposed restrictive measures on high-level Syrian officials and scientists for their role in the development and use of chemical weapons and is ready to consider introducing further measures as appropriate,” the statement said.

Borrel’s comments came a day after the Organization for the Prohibition of Chemical Weapons (OPCW) claimed Syrian government forces had been responsible for the alleged chemical attacks on terrorist-held town of Lataminah in Hama during the last week of March 2017 that affected scores of people.

“We fully support the report’s findings and note with great concern its conclusions,” Borrell said on Thursday.

“Those identified responsible for the use of chemical weapons must be held accountable for these reprehensible acts,”he said.

On Thursday, Syria dismissed the OPCW reports as “misleading” and based on fabricated information provided by Takfiri terrorists and the so-called civil defense group, White Helmets.

“Syria condemns in the strongest terms what was stated in the report,” an unnamed official with the Foreign Ministry said, according to a statement on state media.

“At the same time, it categorically denies that it used toxic gases in the town of Latamneh or in any other Syrian city or village,” said the source.

Russia has also censured the OPCW report as “untrustworthy”, saying the watchdog violated the basic principle of its work by conducting a remote investigation without visiting the sites.

On Wednesday, Russia’s permanent mission at the OPCW described the report as unreliable, saying it depends on investigations that were conducted remotely without visiting the places of incidents based on statements of terrorist groups and the so-called civil defense group White Helmets

Syria compared the OPCW’s latest report with the one on the alleged use of chemical weapons in the city of Douma, located about 10 kilometers northeast of the capital Damascus,

On April 14, 2018, the United States, Britain and France carried out a string of airstrikes against Syria over the suspected chemical weapons attack on Douma.

Washington and its allies blamed Damascus for the Douma attack, an allegation rejected by the Syrian government.

The Syrian government surrendered its stockpiles of chemical weapons in 2014 to a joint mission led by the UN and the OPCW, which oversaw the destruction of the weaponry. However, Western governments and their allies have never stopped pointing the finger at Damascus whenever an apparent chemical attack has taken place.

Syria is grappling with containing the spread of the deadly coronavirus pandemic as the war on foreign-backed terrorist groups is winding down.

It has asked for Russia’s assistance to combat the spread of the COVID-19 disease in the war-ravaged country, which is under rounds of crippling economic sanctions imposed by the United States.

Syria’s official figures show that as of Thursday, 19 people have tested positive for the disease in the country and two others have died.