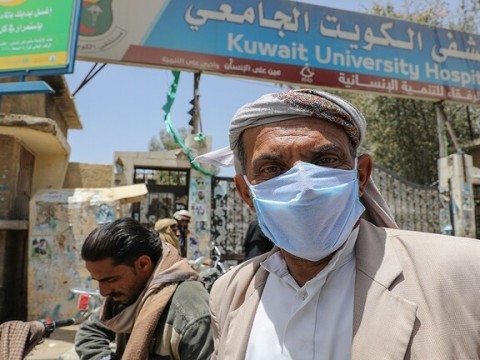 Yemen has reported its first case of infection with the novel coronavirus in a southern province under the control of Saudi-sponsored militiamen loyal to the country’s former President Abd Rabbuh Mansur Hadi.

This has raised fears of an outbreak in an impoverished country where five years of a bloody campaign led by the regime in Riyadh have shattered the health system.

The supreme national emergency committee for COVID-19 in Yemen said in a posting on its Twitter page on Friday that the case was diagnosed in the oil-producing Hadhramaut province.

The committee said the infected patient has been identified in the port town of Ash Shihr, and he was in stable condition and receiving care.

The local governor, Farag al-Bouhsni, said on his Facebook page that the area would be placed under a partial curfew and all workers at the town’s port will be quarantined for 14 days.

He added the neighboring Mahra province has closed its border with Hadhramaut.

Reuters reported that authorities ordered the closure of Ash Shihr port for a week for extensive cleaning, and instructed workers there to isolate at home for two weeks.

They also imposed a 12-hour night-time curfew in all districts of the province, starting from 6:00 p.m. (1500 GMT) on Friday until further notice.

Control of Hadhramaut has long been divided. The coastal towns are in the hands of the Hadi loyalists, while parts of the interior are kept an eye on by the al-Qaeda in the Arabian Peninsula (AQAP) terrorists.

Aid groups have warned that the impact is likely to be catastrophic when the coronavirus does hit Yemen with few resources left to respond.

Also on Friday, the World Health Organization (WHO) said it was providing support to Yemen’s Ministry of Public Health and Population.

“We are following the case and its contacts to assess the level of exposure,” the WHO representative in Yemen Altaf Musani told Reuters.

Meanwhile, Abdulmohsen Tawoos, head of the Houthi-run humanitarian affairs coordination council, said Saudi Arabia is turning back patients with suspected coronavirus infection, putting Yemen, where the medical sector has already been decimated, at a grave risk.

He noted that Yemeni security forces are making strenuous efforts to control and arrange their repatriation.

“The coalition of aggression is enforcing the (Yemen) blockade, and does allow the entry of a small fraction of humanitarian aids to say that Sana’a airport is operating,” Tawoos said.

“The WHO has provided only 30 smart thermal imaging cameras as well as limited medical supplies. The global health body has stated that there must be cases of infection with COVID-19 in Yemen in order to dispatch aids.”

Saudi Arabia and a number of its regional allies launched the devastating war on Yemen in March 2015 in order to bring Hadi back to power and crush the Houthi Ansarullah movement.

More than half of Yemen’s hospitals and clinics have been destroyed or closed during the bitter war.

At least 80% of the 28 million-strong population is reliant on aid to survive in what the United Nations has called the world’s worst humanitarian crisis.